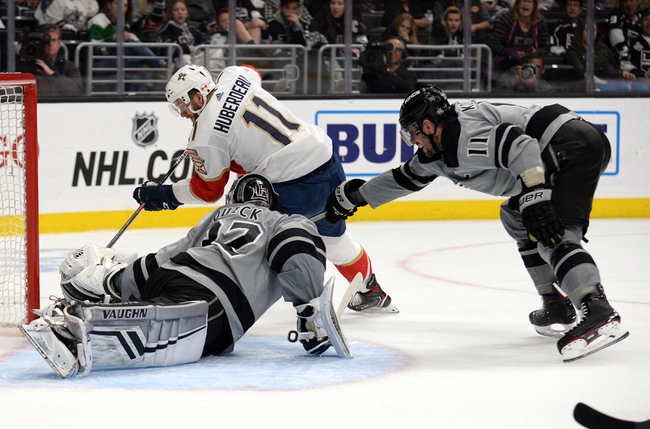 The Florida Panthers and Los Angeles Kings meet Thursday in NHL action at the Staples Center.

The Florida Panthers have won the last three meetings against the Kings by an average of two goals, and they need to keep taking advantage of these games against lesser talented clubs if they're going to keep chipping away in the playoff standings. The Los Angeles Kings have been the same team for a while now in terms of their effort defensively and it's preventing them from getting out of this losing funk they're stuck. Only the Detroit Red Wings have lost money this season than the Kings. Give me the Panthers for a third straight victory.