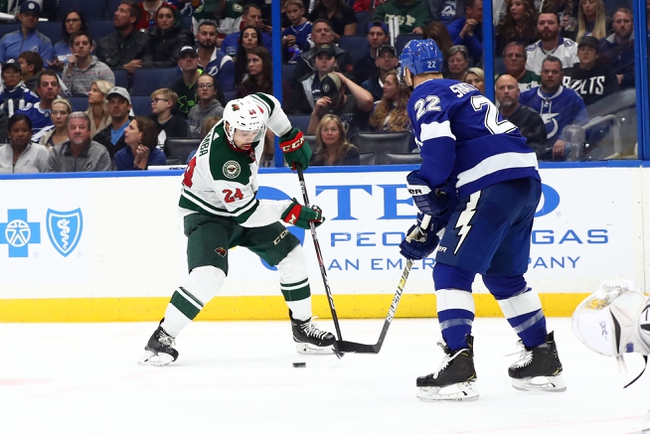 The Tampa Bay Lightning go to Saint Paul, Minnesota to take on the Minnesota Wild on Thursday at the Xcel Energy Center. The Tampa Bay Lightning are coming off of a win over the Los Angeles Kings and have an opportunity to go on another win streak, as they were on a ten-game winning streak before losing to the New Jersey Devils in the game before the win over the Kings.

The Lightning is playing unbelievable right now, and now have a record of 25-13-4 on the season. Tampa Bay is currently third in the Atlantic Division. The Tampa Bay Lightning are one of the best offensive teams in all of the NHL, scoring the fourth-most goals in the NHL and play the most power play, playing 29.2% on power plays.

The Minnesota Wild are on a four-game losing streak, losing to the Calgary Flames twice, the Vancouver Canucks, and the Pittsburgh Penguins in their last game. The Wild have only won one time in their previous five games.

The Wild hasn't had a remarkable season so far, having a record of 20-20-6. The Wild find themselves middle of the road offensively, but are one of the worst teams in the league in defense, allowing the fourth-most goals per game with 3.37 goals per game allowed. The Wild has one player in the All-Star Game at the moment, with Eric Staal, who is making his sixth appearance. Stall leads the Wild in points and goals this season, having yet another terrific season.