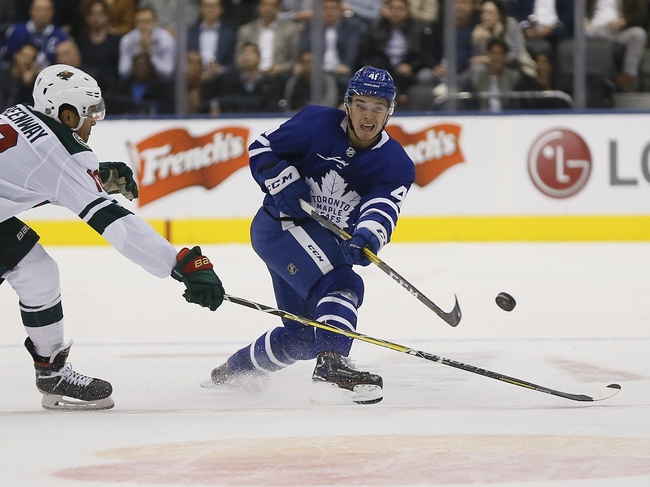 The Maple Leafs are riding high at the moment and have a record of 21-14-5 and are second in the Atlantic Division, but are still ten points away from the Boston Bruins for first place in the division. Two players for the Toronto Maple Leafs were selected to the NHL All-Star Game, Auston Matthews and Goalie Frederik Anderson.

The Minnesota Wild are coming off of a loss to the New York Islanders, snapping a two-game winning streak that saw the Wild defeat the Colorado Avalanche and a shutout victory over the Calgary Flames, winning the game 3-0. The Wild has one player in the All-Star Game at the moment, with Eric Staal, who is making his sixth appearance.

The Wild hasn’t had a remarkable season so far, having a record of 19-16-5. The Wild find themselves middle of the road offensively, but are one of the worst teams in the league in defense, allowing the fifth-most goals per game with 3.30 goals per game allowed.