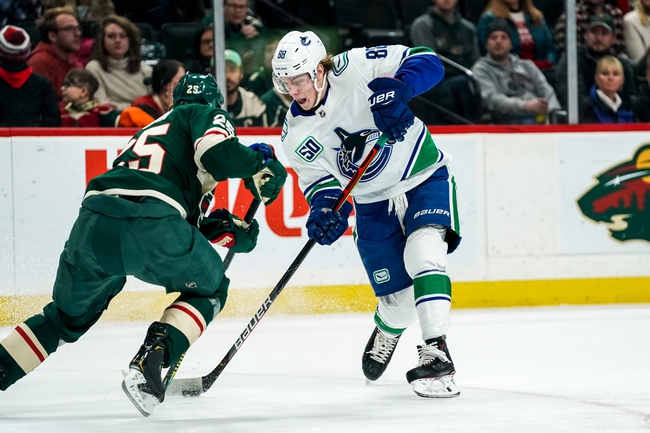 The Vancouver Canucks go to Minneapolis, Minnesota to take on the Minnesota Wild on Thursday at the Xcel Energy Center. The Canucks are coming off of a two-game losing streak, losing to the Carolina Hurricanes and the Boston Bruins, giving up four goals in both games. The loss to the Carolina Hurricanes snapped a five-game winning streak the Vancouver Canucks were on.

The Vancouver Canucks are doing fantastic in the last month and a half, and now have a record of 30-19-5 on the season and are currently first place in the Pacific Division. The Canucks are also second in the Western Conference, just sitting behind the St. Louis Blues with 65 points.

The Wild hasn't had a remarkable season so far, having a record of 24-22-6. The Wild find themselves middle of the road offensively, but are one of the worst teams in the league in defense, allowing the sixth-most goals this season.

The Canucks have been phenomenal this season, but an area where they have struggled is playing on the road, as they have a road record of 13-14-2 away from their arena. Though the Wild have struggled a lot this season and the road team is 7-2 in the last nine meetings, and the Canucks are 4-1 in the last five meetings in Minnesota. I think this game will be closer than it should be on paper, but the Canucks still steal a win on the road. Final Score Prediction, Vancouver Canucks win 4-3.