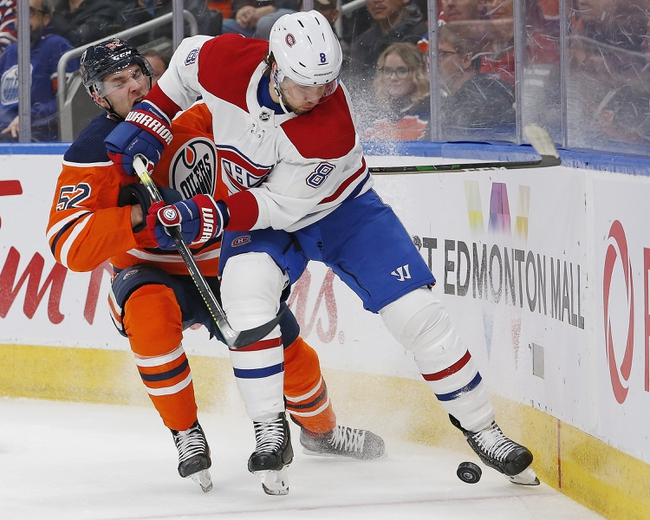 The Edmonton Oilers (23 - 17- 5) are taking to the road this week to square off against Montreal Canadiens (18 - 19 - 7). Montreal will be hosting this game at the Bell Centre in Montreal, QC. The Montreal Canadiens come into this matchup looking to snap a losing skid that has since derailed their season. Edmonton comes into this game riding high with three wins in their last four games.

The Edmonton Oilers come into this game with an offense that averages 3 goals per game while surrendering 3.13 goals to opposing teams. Minding the net will be young Mikko Koskinen (14 - 8 - 2, 2.85 GAA). Koskinen struggled throughout December, surrendering 17 goals over his last five games to end the year. On offense, Edmonton will look to their team captain, Connor McDavid (24 goals, 45 assists). As one of the most dynamic young players in the game, McDavid has the potential to completely take over against Montreal.

The Montreal Canadiens will be defending their home ice with a team that just can't get over the hump. Montreal has lost four-straight games by a single goal. Montreal is averaging 3.11 goals scored per game while surrendering 3.23 goals to opposing squads. Montreal suffers from a lack of big-time playmakers, so look to Tomas Tatar (16 goals, 21 assists) to be tasked with making some magic happen on the ice.