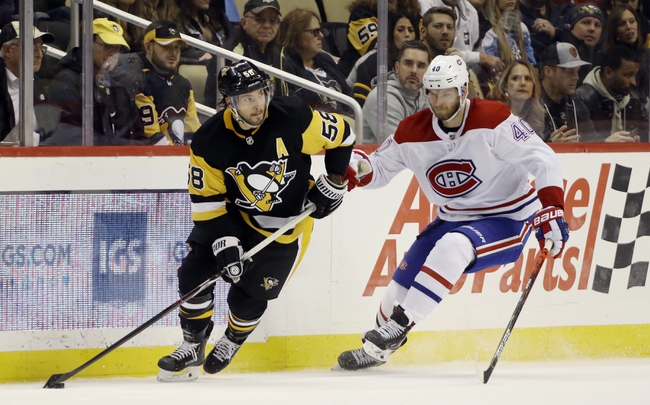 The Canadiens are 18-17-6 on the season, and sixth in the Atlantic Division, falling from third place just a few games ago. Montreal can score well, scoring the 11th most goals per game but need to tighten up their defense as they allow the eighth-most goals per game. That rate is getting better but still not where the Canadiens will want it to be if they're going to contend in the playoffs.

The Pittsburgh Penguins are certainly not the team that they are used to be, which is typically in the best team in hockey. However, they're still a very good team but are with the injuries that Pittsburgh is dealing with,  the Penguins are more of an unpredictable team. Montreal is falling farther and farther down, and cannot seem to buy a win. I don't think that Montreal's woes stop here, but I think that Pittsburgh will win this game in a close victory. Final Score Prediction, Pittsburgh Penguins win 5-3.