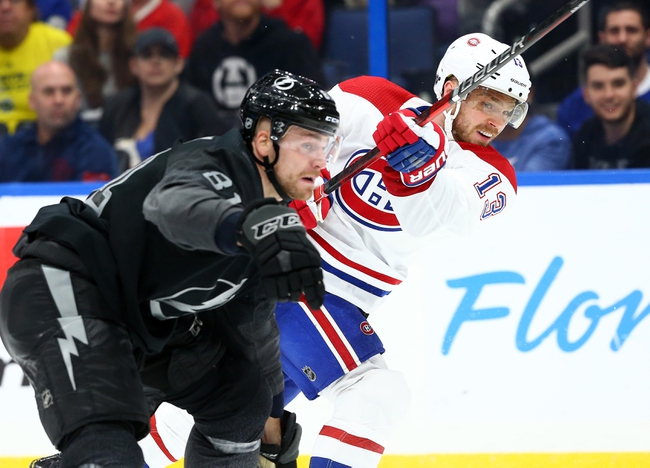 The Tampa Bay Lightning go to Montreal, Canada to take on the Montreal Canadiens on Thursday at the Bell Centre. The Lightning is coming off of a four-game winning streak, last defeating the Buffalo Sabers and have also beaten the Detroit Red Wings, Montreal Canadiens themselves as well as starting the win streak by crushing the Panthers 6-1.

The Lightning is 21-13-4 on the season and third in the Atlantic Division. The Lightning has done very well on offense, scoring the second-most goals per game in the NHL, averaging 3.58. The Lightning also very good on defense as they had one player elected to the NHL All-Star Game, which was Defender Victor Hedman.

The Canadiens are on a three-game losing streak. Montreal has lost to the Tampa Bay Lightning themselves, the Florida Panthers and the Carolina Hurricanes during this losing streak.

The Canadiens are 18-16-6 on the season, and fifth in the Atlantic Division, falling from third place just two games ago. Montreal can score well, scoring the 11th most goals per game but need to tighten up their defense as they allow the eighth-most goals per game. That rate is getting better but still not where the Canadiens will want it to be if they're going to contend in the playoffs.