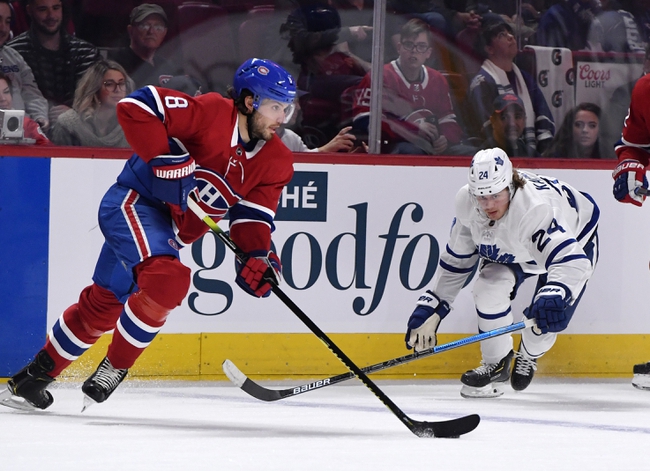 The Toronto Maple Leafs take on the Montreal Canadiens on Saturday at the Bell Centre in Montreal, Canada. The Maple Leafs are coming off of their second straight loss losing to the Florida Panthers and the New York Rangers in their last game. Both losses came with a 5-3 defeat. The Maple Leafs loss to the Panthers snapped a three-game winning streak, last defeating the Ottawa Senators as the Dallas Stars and the Nashville Predators.

The Montreal Canadians are coming off of a two-game win streak, as they defeated the Anaheim Ducks and the New Jersey Devils and their last two games. The game prior to their win streak, the Canadiens lost against the Columbus Blue Jackets, which snapped another two-game win streak that they were on.

The Montreal Canadiens are 26-23-7 on the season and sit in fifth place in the Atlantic Division. The Canadiens are a middle of the road team in terms of their statistics compared to the rest of the league but need to improve their defense if they want a shot at the playoffs.