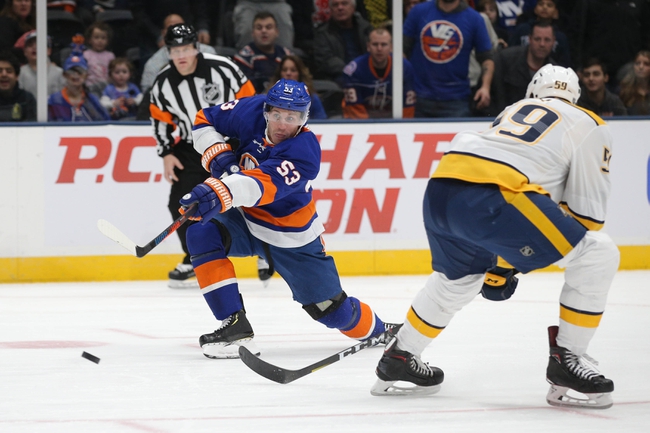 The New York Islanders and Nashville Predators meet Thursday in NHL action at the Bridgestone Arena.

The Nashville Predators have won each of the last four meetings against the Islanders and six of the last eight overall. However, the Predators haven't been able to take advantage of home ice the way we're used to seeing and that defense can be exposed. The New York Islanders are also showing signs of getting back to their winning ways. It may be easy to forget it wasn't that long ago when the Islanders were head and shoulders the most profitable team in the sport. Give me the road dog.