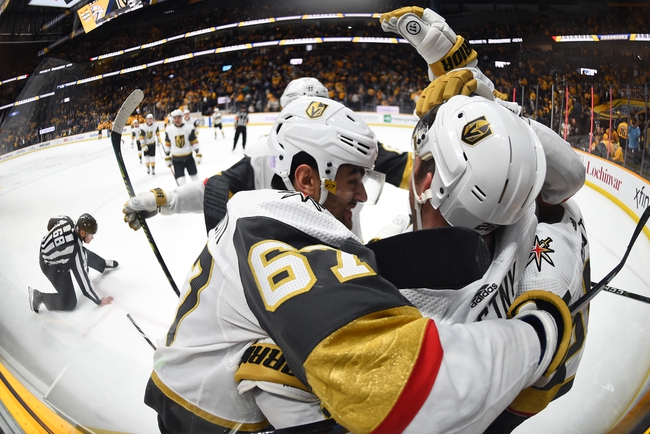 The Vegas Golden Knights are hitting the road for a weekend game against the hometown Nashville Predators. Nashville will be hosting this game at the Bridgestone Arena in Nashville, TN. Vegas comes into this game having just played the Carolina Hurricanes the night before while Nashville should be rested and ready to go. Nashville is riding high with wins in three out of their past four games while Vegas has four of their last five. Vegas still has a chance to make a run at the Pacific Division, though time is running short.

Vegas takes the ice with a competitive team on both ends of the arena. The Vegas Golden Knights are scoring 3.04 goals per game while surrendering the exact same amount to opposing teams. With 34 shots on goal per game, guys like Mark Stone and Max Pacioretty are guaranteed to get opportunities to score. Look for Vegas to run and gun with an equally potent Nashville offense.

The Nashville Predators are a deep, if inconsistent, squad. Nashville is paced by Filip Forsberg (6 power play goals) and Roman Josi (14 goals, 37 assists). Nashville is scoring 3.34 goals per game while surrendering 3.30 to opposing squads on defense. Due to the pace that both teams play at, we expect this to be a high-scoring affair.