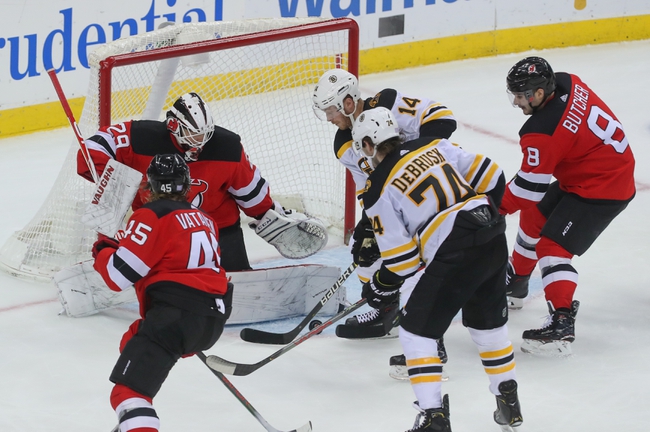 The Boston Bruins go to the Prudential Center in Newark, New Jersey to take on the New Jersey Devils on Tuesday. The Boston Bruins are on a three-game winning streak, defeating the Washington Capitals 7-3 and then defeating the Buffalo Sabers twice, one in a shootout and then lastly by one goal. Before the victory over the Capitals, the Sabers were on a three-game losing streak and are struggling to find wins. The Bruins have been incredibly unlucky in the losing streak, losing each game either in overtime.

The Boston Bruins have 57 points on the season. The Bruins are 24-7-9 on the season and remain at number one in the Atlantic Division. The Boston Bruins are back to their winning ways and look to be healthy, which makes them one of the most dangerous hockey teams in the NHL. They have the likes of Brad Marchand, who leads the team in points and has had one of the best seasons in all of the NHL.

The New Jersey Devils are coming off of a win over the Ottawa Senators, defeating the Senators immediately in overtime. However, the Devils have not been great recently, losing three of their last five games.

The Devils have had a terrible season so far. The Devils are 13-19-6 on the season, with 32 points. New Jersey is led by Taylor Hall, who is their leading points-getter and assists leader. New Jersey has not gotten the great play out of their goaltenders, as their goaltenders have a combined 3.47 goals per game record at the moment, which is second-worst in all of the NHL.

The Devils have been really bad this season, and they have even been terrible at home, actually winning more games on the road than they have in their own arena. Boston is certainly not as good on the road as they are at home, but the Bruins are 4-0 in the last four meetings in New Jersey, and the Bruins are 22-5 in the previous 27 meetings. I think the Bruins take this one easily. Final Score Prediction, Boston Bruins win 5-1.