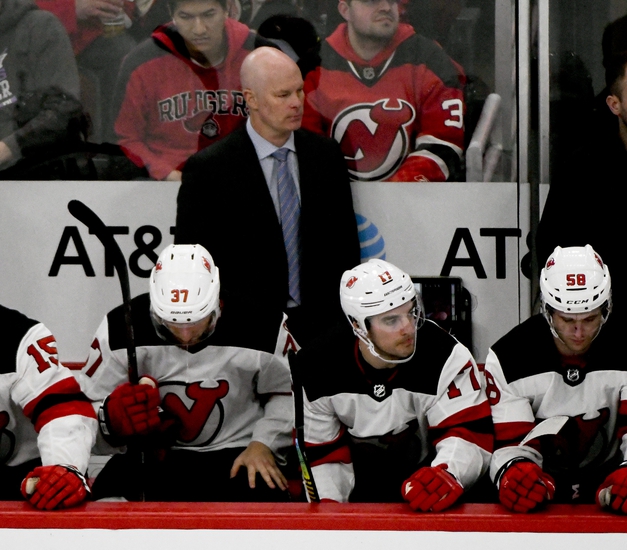 The Chicago Blackhawks head to New Jersey on Friday for a game against the Devils but first must play the Boston Bruins on Thursday night.  In their last game, the Blackhawks were shutout by the St. Louis Blues by the score of 4-0.  Chicago.  Chicago put a total of 38 shots on net but were never able to put one past Blues goalie Jake Allen. Chicao goalie Corey Crawford was in net for the Blackhawks and received the loss while allowing 4 goals on 30 St. Louis shots.

With the loss against St. Louis, Chicago is now 10-12-5 on the season and is currently in 7th place in the Central Division. For Chicago's offensive totals on the season look no further than right winger Patrick Kane who continues to add to what has been a great career with the Blackhawks. Kane leads the team with 33 points, goals with 14 and assists with 19.  Goalie Corey Crawford is currently holding a record of 5-7-2 with 1 shutout and a goals against average of 3.04.  Meanwhile, Chicago’s other goalie Robin Lehner is 5-5-3 on the season with a goals against average of 2.69.  Chicago enters Friday’s game with 5 players on their injury report as Robin Lehner, Dylan Strome, Andrew Shaw and Olli Maatta are day to day while Duncan Keith is listed as out.

The New Jersey Devils welcome the Chicago Blackhawks to town on Friday and will be looking to climb out of the basement of the Metropolitan Division. In their last game, the Devils were defeated 4-3 by the Vegas Golden Knights.  New Jersey received goals from Kyle Palmieri, Jesper Bratt and Nico Hischier but it wasn’t enough to keep up with Vegas.  Devils goalie Mackenzie Blackwood took the loss in net as he allowed 4 goals on 30 of the Golden Knights shots.

After the loss against Vegas, the Devils are now 9-14-4 on the season which places them in 8th place in the Metropolitan Division.  Taylor Hall leads the Devils in points with 22 and assists with 18, while Kyle Palmieri leads the team in goals with 10 so far on the season. Goalie Mackenzie Blackwood is 8-8-3 with 1 shutout and a 3.17 goals against average.  Backup goalie Louis Domingue is 1-2-0 with a goals against average of 3.45.  New Jersey enters Friday’s game with just 1 player listed on their injury report as Jack Hughes is listed as out.