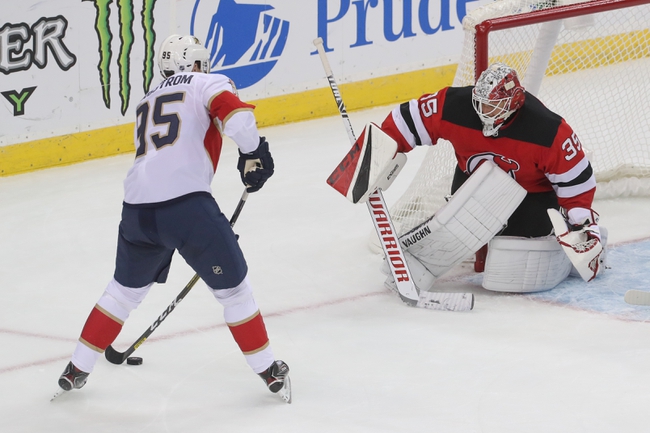 The Florida Panthers go to Newark, New Jersey to take on the New Jersey Devils at the Prudential Center on Tuesday. The Florida Panthers are coming off of a three-game losing streak, falling to the Pittsburgh Penguins in their last game. The Panthers also suffered a crushing loss to the Vegas Golden Knights, giving up seven goals to lose the game 7-2, as well as losing to the Columbus Blue Jackets to begin their losing streak.

The Panthers are 29-19-6 on the season and are third in the Atlantic Division with 64 points. Florida has a great offense, as they have scored the fifth-most goals in the NHL this season. The Panthers aren't as hot as they were last month, but if they continue to put on a run of games that are half of what they did last month, they will be one of the best teams in the NHL.

Despite the New Jersey Devils going on a winning streak and their defense looking fantastic, I'm not convinced that this type of defense will continue for New Jersey as they are one of the worst teams in the NHL. However, as good as the Devils have been playing is how bad the Florida Panthers have been playing. I still think the Panthers are better than the Devils, but with the way they are playing, I like the Devils in a close game. Final Score Prediction, New Jersey Devils win 3-2.