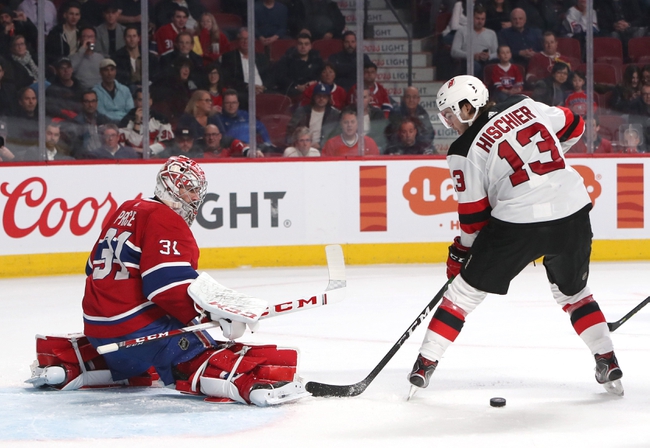 The Montreal Canadiens go to Newark, New Jersey to take on the New Jersey Devils on Tuesday at the Prudential Center. The Canadiens are coming off of a loss to the Columbus Blue Jackets, snapping a two-game winning streak, defeating the Florida Panthers and the Buffalo Sabres, outscoring their opponents 5-3 in their winning streak and have won three of their last five games.

The Canadiens are 24-23-7 on the season, and fifth in the Atlantic Division. Montreal can score well, scoring the 13th most goals per game but need to tighten up their defense as they allow the eighth-most goals per game. Tomas Tatar leads the Canadiens in points, assists, and goals so far this season.

The New Jersey Devils are coming off of a two-game losing streak, losing to the Nashville Predators and the Dallas Stars in their last game. The Devils have gone on two separate win streaks in their last five games.

With the possibility of P.K. Subban being out for the Devils, that makes the New Jersey Devils far less likely to win. Subban is a phenomenal player, and with the way the Devils have been playing, they need all the help and talent they can get. Since Subban’s injury is up in question for the game, I think the Montreal Canadiens steal this game away from home in a hard-fought close victory. Final Score Prediction, Montreal Canadiens win 3-2.