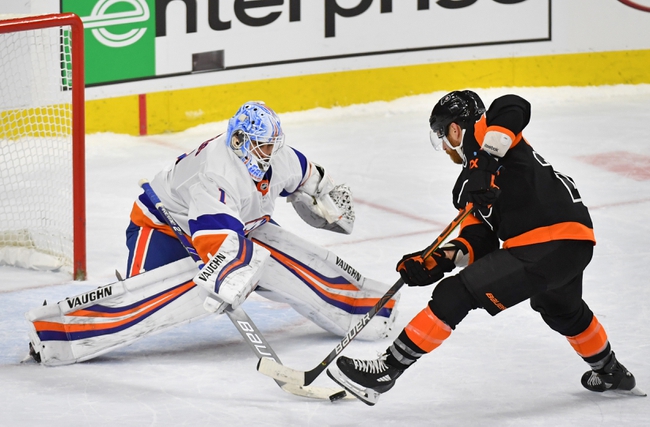 The Philadelphia Flyers go to Brooklyn, New York to take on the New York Islanders on Tuesday at the Barclays Center. The Philadelphia Flyers are coming off of a massive victory, beating the Washington Capitals by a scoreline of 7-2. The Flyers needed a statement win like that as they suffered a crushing loss to the New Jersey Devils in their previous game, losing to the Devils 5-0. The loss snapped a two-game winning streak, defeating the Detroit Red Wings in their last game as well as the Colorado Avalanche in their game prior.

The Flyers are 30-18-7 on the season and are now in sixth place in the Atlantic Division with 67 points. The Flyers have a road record of 12-13-3, as they play much better at home than on the road. The Flyers are middle of the road in most of the categories, as they are 16th in goals scored, and 11th in goals allowed.

The New York Islanders are coming off of a loss to the Tampa Bay Lightning, which snapped a two-game winning streak the Islanders were on, defeating the Los Angeles Kings in their previous game as well as the Dallas Stars. The Islanders have won three of their previous five games recently. The Islanders face back to back games, as they play the Washington Capitals on Monday.

The Philadelphia Flyers will be flying high with emotions after getting the bitter taste of their last game out of their mouth and beating one of the best teams in all of the NHL by five goals. However, looking at this objectively, I think the New York Islanders are a slightly better team, but I think that the Flyers have the ability to beat any team when they are playing right and I think they will in this one due to New York likely being tired after playing the day before. Final Score Prediction, Philadelphia Flyers win 4-2.