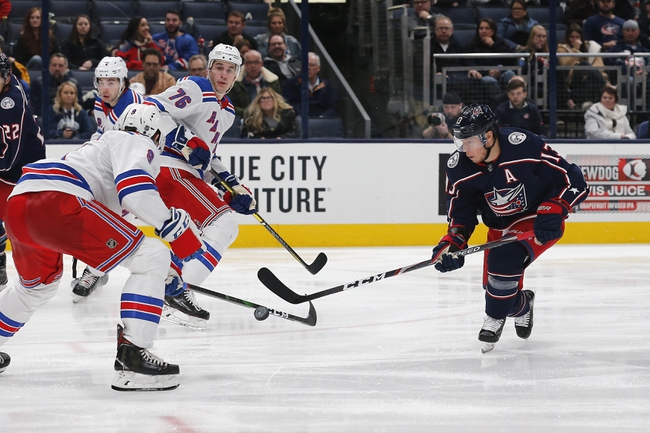 The Blue Jackets are currently 24-16-8 on the season and are in the fifth spot in the Metropolitan Division. This month the Blue Jackets have been able to find goals, but they are also defending very well. The Jackets win streak has now propelled them into the last spot in the wildcard, as they have recovered from a poor start to the season.

The New York Rangers are coming off two straight wins over the New York Islanders, out-scoring the Islanders 9-4 in the two games. The wins have put the Rangers on a two-game winning streak, and the Rangers have won three of their last five games.

The Rangers are 23-19-4 on the season and tied for second-lowest in the Metropolitan Division. The Rangers have scored plenty of goals with Artemi Panarin being a great new addition, leading the team in points, goals, and assists. Panarin has The Rangers are decent on offense, but their trouble comes on the defensive end. Of course, Panarin was selected for the NHL All-Star Game this week.

Although the New York Rangers have done very well in their last five games, before that, they had a real struggle, so it's a little confusing to know what New York Rangers team is going to show up each night. I think the Columbus Blue Jackets run of great games is real, though, as I think that they have finally found what made them so good last year, and are back to being a good team this year. Columbus will want to win this game to get revenge on Panarin as well, as he left the Blue Jackets this year, I think the Blue Jackets defense help them win this game. Final Score Prediction, Columbus Blue Jackets win 4-2.