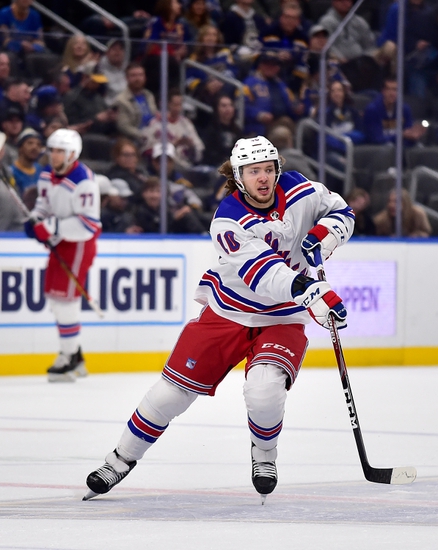 The New York Islanders make the short trip to The Big Apple on Monday for a game against the New York Rangers in a game between two teams in the Metropolitan Division.  In their last game, the Islanders were defeated by the Boston Bruins by the score of 3-2 in overtime.  The Islanders received goals from Scott Mayfield and Mathew Barzal in the game, but it wasn’t enough to pull out the win.  Islanders goalie Semyon Varlamov took the loss in net for his team as he allowed 3 goals on 33 Boston shots in the game.

The New York Islanders are 27-12-4 on the season and are currently in 3rd in the Metropolitan Division. The Islanders points, assists and goals leader is Mathew Barzal who has recorded 37 points this season as well as 17 goals and 20 assists.  Goalie Semyon Varlamov is currently 15-5-4 with 2 shutouts to go along with a goals against average of 2.33.  Thomas Greiss is 12-7-0 with a 2.59 goals against average.  The Islanders enter Monday’s game against the Rangers with 3 players on their injury report as Cal Clutterbuck is on injured reserve, while Tom Kuhnhackl and Casey Cizikas are listed as day to day.

The New York Rangers welcome the New York Islanders to town after losing their last game by the score of 5-2 against the St. Louis Blues.  The Rangers received goals from Filip Chytil and Brett Howden but were dominated all night by the Blues. New York goalie Henrik Lundqvist got the start in net for the Rangers and took the loss in the game as he allowed 5 goals on the 29 shots he faced from St. Louis.

With the loss against St. Louis, the Rangers are now 21-19-4 on the season which is good enough for 7th place in the Metropolitan Division.  Offensively the Rangers are led in points by Artemi Panarin in points with 62 and in goals with 24 while 6 have come on the power play.  Panarin also leads the Rangers in assists on the season with 38.  Goalie Alexandar Georgiev is 10-9-1 with 2 shutouts and a goals against average of 3.17 on the season.  The Rangers other goalie is Henrik Lundqvist who has recorded a record of 9-10-3 with a goals against average of 3.18 so far this year.  New York enters Monday’s game with 3 player listed on their injury report as Libor Hajek and Ryan Lindgren listed as day to day while Marc Staal is listed as out.