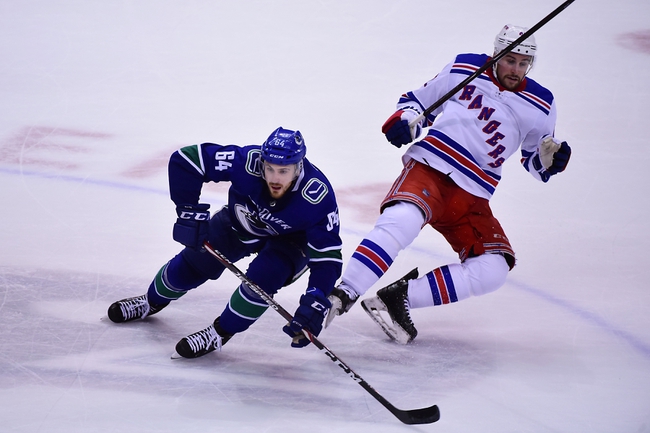 The Vancouver Canucks look for their fifth straight victory on Sunday when they visit the New York Rangers. The Canucks will be playing the second half of a back-to-back after playing on the road against the New Jersey Devils on Saturday. Vancouver defeated the St. Louis Blues in a shootout 4-3 on Thursday as Josh Leivo scored the only goal during the shootout. Thatcher Demko stopped 34 shots in net for the Canucks.

J.T. Miller is the leader for Vancouver in goals scored with four and in points with eight, while Brock Boeser leads in assists with five. In net, Thatcher Demko is 2-0-0 with goals against of 1.92 and saves percentage of .938. Vancouver is scoring an average of 3.33 goals per game while allowing an average of 2.33 per game.

New York lost its third straight on Friday after falling to the Washington Capitals 5-2. Henrik Lundqvist stopped 29 shots in net for the Rangers in the loss. Pavel Buchnevich scored on the power play for New York, while Artemi Panarin scored as well. The Rangers have played just five games this season.

Mika Zibanejad leads New York in goals scored with four, in assists with six and in points with 10. In net, Henrik Lundqvist is 1-2-0 with goals against per game of 3.73 and saves percentage of .896. New York is scoring an average of 3.00 goals per game, while allowing an average of 3.80 per game.

New York has started the season slow, but has won 4 of its last 5 head-to-head with Vancouver. The Canucks have won 5 straight but will be playing the second half of a back-to-back with both the on the road. Vancouver has lost 24 of their last 34 when completing a back-to-back and 5 of its last 7 played in the Big Apple at Madison Square Garden against the Rangers. Final Score Prediction, New York Rangers win 4-3