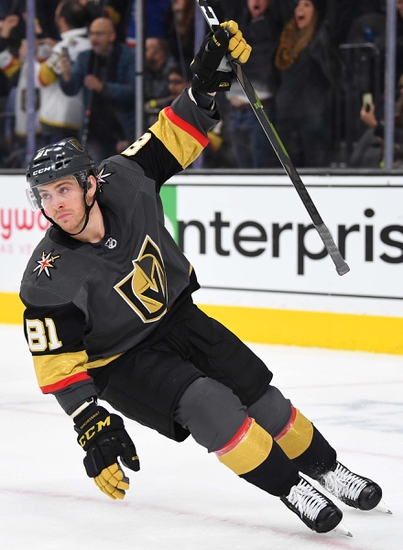 The Vegas Golden Knights head to New York on Monday, for a game against the Rangers in a game between a team from the Eastern Conference and a team from the Western Conference.  In their last game, Vegas was victorious against the Arizona Coyotes in a shootout by the score of 2-1.  The lone goal for Vegas in regulation was scored by Alex Touch on assists from Nicolas Hague and Jonathan Marchessault.  Vegas beat Arizona in the shootout by the score of 2-1.  Malcolm Subban played well in net for Vegas and picked up the win, recording 35 saves on 36 of Arizona’s shots.

After the win against Arizona, Vegas is now 13-11-4 and are currently in a tie for 4th place in the Pacific Division.  Max Pacioretty leads the Golden Knights in points on the year with 25 and in assists with 16.  Mark Stone leads Vegas in goals with 11 on the season, with 5 goals coming while on the power play. Vegas goalie Marc-Andre Fleury is currently 11-6-2 with 2 shutouts and a goals against aver of 2.54 this season.  Meanwhile, backup goalie Malcolm Subban is 2-4-2 with a goals against average of 3.09. The Knights come into Monday’s game with 2 players listed on their injury report as Marc-Andre Fleury is listed as day to day while Cody Eakin is listed as out.

The New York Rangers welcome the Vegas Golden Knights to town after winning their last game by the score of 4-0 against the New Jersey Devils.  The Rangers received goals from Adam Fox, Mika Zibanejad, Jesper Fast and Brady Skjei.  One of the Rangers goal was scored on the power play and two were scored white playing shorthanded.  New York goalie Alexandar Georgiev picked up the win in net for the Rangers, recording his first shutout on the season while making saves on all 33 New Jersey’s shots.

With the win against New Jersey, New York improved to 13-9-3 on the season which is good enough for 6th place in the Metropolitan Division.  Offensively the Rangers are led in points by Artemi Panarin in points with 33 and in goals with 12 while 5 have come on the power play.  Panarin also leads the Rangers in assists on the season with 21.  Goalie Alexandar Georgiev is 6-4-1 with a 1 shutout and a goals against average of 3.07 on the season.  The Rangers other goalie is Henrik Lundqvist who has recorded a record of 7-5-2 with a goals against average of 3.16 so far this year.  New York has 2 players listed on the injury report as Greg McKegg and Marc Staal are listed as out.