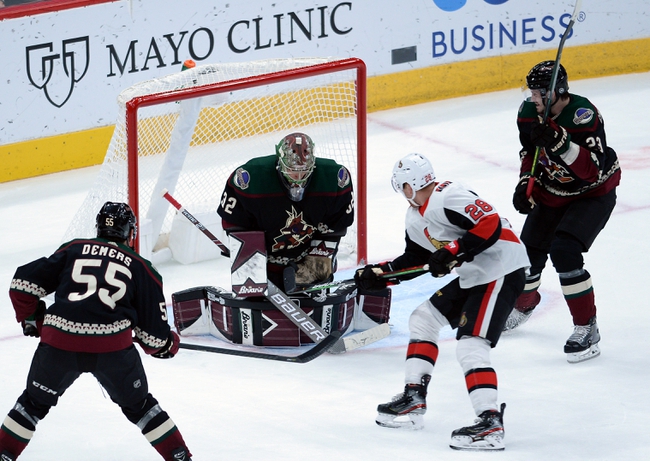 The Arizona Coyotes and Ottawa Senators meet Thursday in NHL action at the Canadian Tire Centre.

The Arizona Coyotes aren't the most trustworthy team in the world, but they should be able to beat an Ottawa Senators team that's simply playing brutal hockey right now and is unbackable no matter how you slice it. The Coyotes have also won five straight against the Senators. Neither of these clubs can get out of their own way at the moment, but the Arizona Coyotes and the cheap price feels like the way to go.