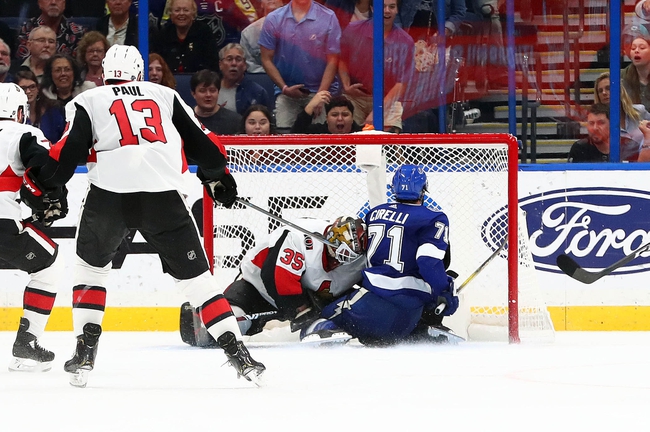 The Tampa Bay Lightning goes to Ottawa, Canada, to take on the Ottawa Senators on Saturday at the Canadien Tire Centre. The Lightning is coming off of a five-game winning streak, last defeating the Montreal Canadiens and have also beaten the Buffalo Sabres, Detroit Red Wings, Montreal Canadiens again as well as starting the win streak by crushing the Panthers 6-1.

The Lightning is 22-13-4 on the season and third in the Atlantic Division. The Lightning has done very well on offense, scoring the second-most goals per game in the NHL, averaging 3.54. The Lightning is also very good on defense as they had one player elected to the NHL All-Star Game, which was Defender Victor Hedman.

The Ottawa Senators are coming off of a three-game losing streak, losing to the Florida Panthers, Pittsburgh Penguins, and the New Jersey Devils.