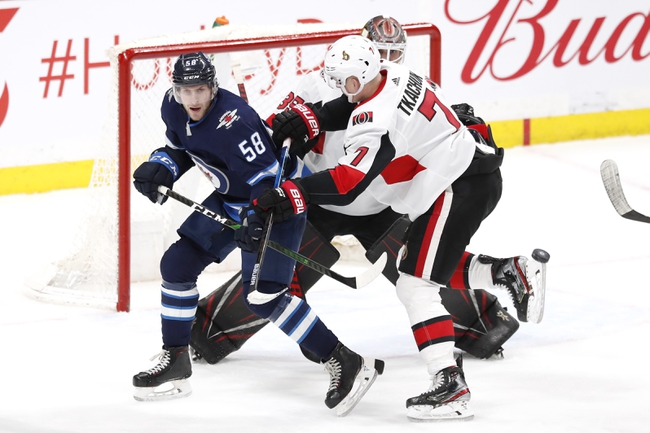 The Winnipeg Jets and Ottawa Senators meet Thursday in NHL action at the Canadian Tire Centre.

The Winnipeg Jets will eventually have to take their winning act on the road, but right now they're playing much better hockey than the Senators, a team that can't win much no matter where the game is played. Yes, the Senators have strung a few surprising wins together this week, but they're still the third least profitable team in the sport. The Winnipeg Jets also beat the Senators 5-2 earlier this month. I'll take the reasonable price with the Jets to continue fading the Senators.