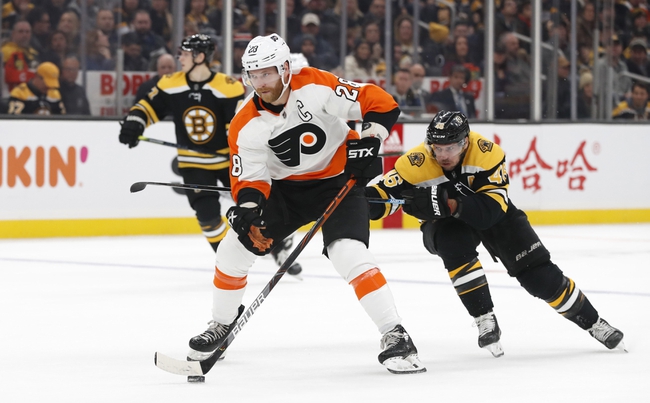 The Boston Bruins head to Philadelphia, PA on Monday for a game against the Flyers in a matchup of teams from the Eastern Conference.  In their last game, the Bruins defeated the New York Islanders by the score of 3-2 in overtime.  The Bruins received goals from Jake DeBrusk, John Moore and the game winning goal in overtime from Patrice Bergeron. Boston goalie Tuukka Rask was in net for the Bruins and recorded the win, making saves on 35 of 37 New York shots on the night.

The Bruins are currently 27-8-11 on the season and are currently in 1st place in the Atlanta Division. David Pastrnak leads the Bruins in points with 65 on the season.  Pastrnak also leads the Bruins in goals on the year as he has recorded 35 on the season.  Brad Marchand is Boston’s leader in assists with 42 on the year.  The goalies for Boston have been strong all season as Tuukka Rask is currently 17-4-6 with 2 shutouts and a goals against average of 2.27.  Backup goalie Jaroslav Halak currently has a record of 10-4-5 with 3 shutouts and a goals against average of 2.34.  The Bruins have 5 players listed on their injury report as Connor Clifton is on injured reserve, Jakub Lauko is out, while Matt Grzelcyk, Torey Krug and Zdeno Chara are all listed as day to day.

The Philadelphia Flyers welcome the Boston Bruins to town on Monday after losing their last game to the Tampa Bay Lightning by the score of 1-0.  The Flyers were able to put 23 shots on net against Lightning goalie Andrei Vasilevskiy but were never able to sneak one past him.  Flyers goalie Carter Hart played well but took the loss in the game, allowing 1 goal on 28 Tampa Bay shots in the game.

After the loss against the Lightning, the Flyers are now 23-16-6 which is good enough for 5th in the Metropolitan Division.  Travis Konecny leads the Flyers in points with 38 so far this season.  Konecny also leads Philadelphia in goals with 14 on the year, including 2 coming while on the power play.  Jakub Voracek leads the Flyers in assists this season with 26 on the year.  Goalie Carter Hart is 14-11-3 with 1 shutout and a goals against average of 2.53.  Backup goalie Brian Elliot is 9-5-3 on the year with a goals against average of 3.16.  The Flyers come into their game against Boston with 2 players listed on their injury report as Chris Stewart and Shayne Gostisbehere are listed as out.