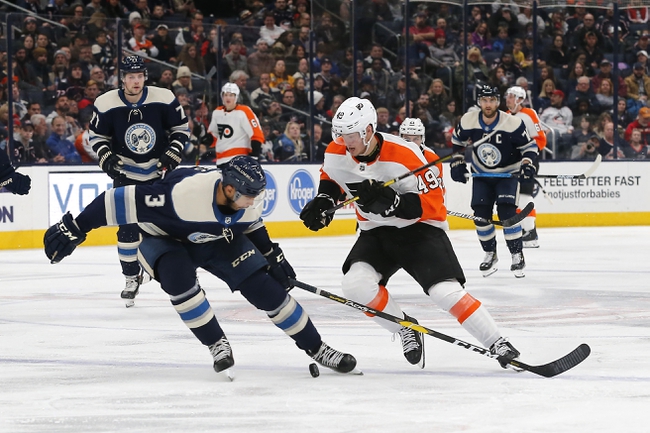 The Columbus Blue Jackets and Philadelphia Flyers Tuesday in NHL action at the Wells Fargo Center.

The Columbus Blue Jackets have been nice in the underdog role much of this season, but they're not playing winning hockey over the last two weeks and are now running into a red hot Flyers squad that's fighting for position in a tight playoff race. The Philadelphia Flyers are enjoying their best stretch of the season and their defensive numbers have improved big time over the last few weeks. Sometimes this sport is all about riding the hot hand. Give me the Flyers at home and the cheap price.