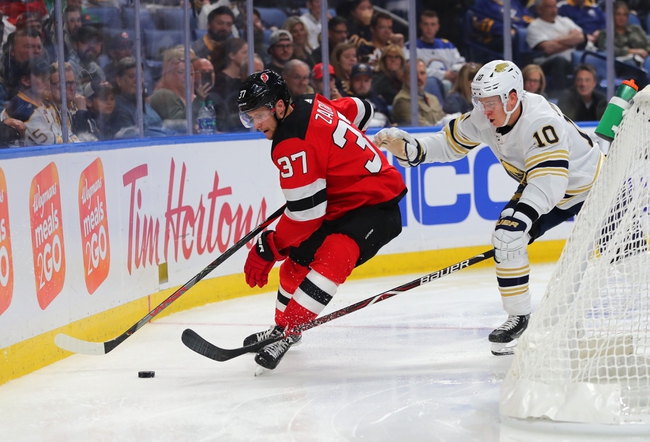 The New Jersey Devils struggled to keep the Buffalo Sabres off the scoreboard as they allowed them to score 7 goals on 36 shots. The Devils starting goaltender Mackenzie Blackwood struggled in the crease as he recorded 29 saves which pushes his save percentage to a .806 mark. The New Jersey Devils were able to edge out an advantage in the faceoff circle against the Sabres, 25-24.

The Philadelphia Flyers come into this matchup with a 1-0 record, and they will be looking to continue their success after winning their season opener against the Chicago Blackhawks, 4-3. Travis Konency had a big game for the Flyers as he recorded 2 goals and 1 assist while Michael Raffl and Oskar Lindblom pitched in goals as well. The Philadelphia Flyers were slightly able to outshoot the Chicago Blackhawks by a 38-31 mark.

The Philadelphia Flyers were solid in keeping the Chicago Blackhawks off the scoreboard as they held them to 3 goals on 31 shots. The Flyers starting goaltender Carter Hart had a solid game on the crease as he recorded 28 saves which pushes his save percentage to a .903 mark. The Philadelphia Flyers were able to edge out the Chicago Blackhawks in the faceoff circle by a big margin, 36-22.

The Philadelphia Flyers were able to pick up a solid win in the NHL Global Series while the New Jersey Devils have struggled, especially in keeping opponents off the scoreboard as they have allowed 12 goals in 2 games. The Flyers made a solid addition with Kevin Hayes in the offseason, but this is still a team with their talented veterans in Sean Couturier, Claude Giroux, and James van Riemsdyk. The Devils will continue to struggle on their side of the ice as they have some goalie issues to figure out, and they won’t be solved on the road.