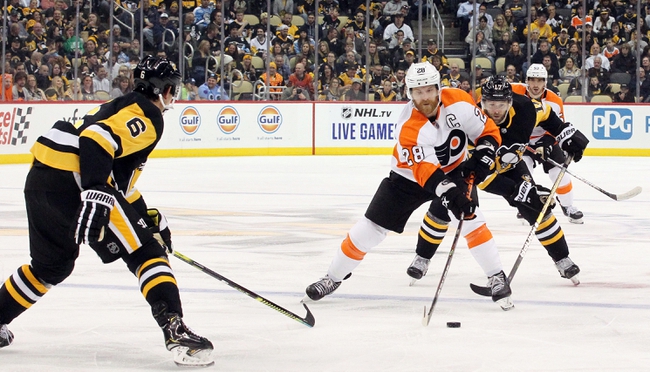 The Pittsburgh Penguins travel to Philadelphia, PA on Tuesday for a game against the Flyers in a matchup of teams from the Metropolitan Division in the Eastern Conference.  In their last game, the Penguins defeated the Boston Bruins by the score of 4-3.  Pittsburgh received goals from Dominik Simon, Teddy Blueger, Jack Johnson and Bryan Rust on their way to the win.  Pittsburgh goalie Matt Murray recorded the win in net, making saves on 34 of 37 Boston shots on the day.

On the year, the Penguins are 31-13-5 and are currently in 2nd place in the Metropolitan Division. Evgeni Malkin leads the Penguins in points and assists on the year with 50 points and 35 assists.  Bryan Rust leads Pittsburgh in goals with 21.  Pittsburgh has received strong goaltending on the season from both Matt Murray and back up, Tristian Jarry.  On the year, Murray is 15-6-4 with 1 shutout and a 2.84 goals against average, while Jarry is 16-7-1 with 3 shutouts and a 2.16 goals against average. The Penguins enter Tuesday’s game with 4 players listed on their injury report as Jake Guentzel and Brian Dumoulin are on injured reserve while Dominik Kahun and Dominik Simon are listed as day to day.

The Philadelphia Flyers welcome the Pittsburgh Penguins to town on Tuesday after winning their last game against the Los Angeles Kings by the score of 4-1.  The Flyers received goals from James van Riemsdyk, Joel Farabee and 2 goals from Travis Konecny.  Flyers goalie Brian Elliot recorded the win in the game, making saves on 34 of 35 shots in the game.

After the win against the Kings, the Flyers are now 26-17-6 which is good enough for 6th in the Metropolitan Division.  Travis Konecny leads Philadelphia in points and goals on the season with 42 points and 17 goals on the year, including 3 coming while on the power play.  Sean Couturier leads the Flyers in assists with 29.  Goalie Brian Elliot is 11-5-3 on the year with a goals against average of 3.03.  Backup goalie Alex Lyon is 0-1-0 with a goals against average of 4.00.  The Flyers come into their game against Pittsburgh with 2 players listed on their injury report as Justin Braun and Michael Raffl are listed as day to day.