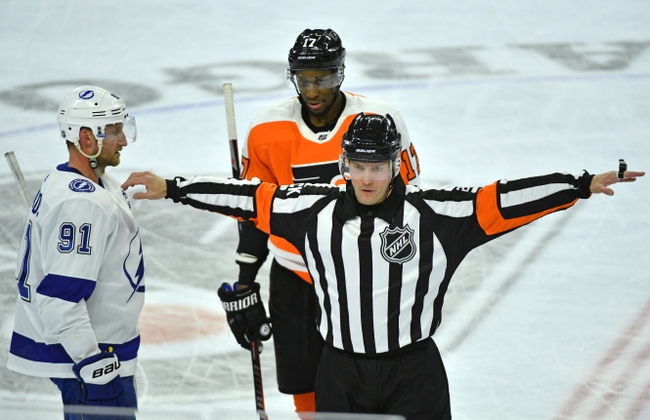 The Tampa Bay Lightning (26 - 13 - 4) are hitting the road this weekend to square off against the hometown Philadelphia Flyers (23 - 15 - 6). Philadelphia will be hosting this game at the Wells Fargo Center in Philadelphia, PA. Tampa Bay comes into this game as one of the hottest teams in the NHL, having won nine games straight. Philadelphia just scored a nice win over Washington and the Flyers will look to turn that into a much-needed winning streak. Tampa Bay will be favored in what should be a close and competitive game.

Tampa Bay has been an electric team on offense all season long. Averaging more than 3.70 goals per game, Tampa Bay is able to light up the net on a nightly basis. Nikita Kucherov (17 goals, 32 assists) has been a dynamic force while attacking the net, and he will be our player to highlight in this game. Tampa Bay will look to Andre Vasilevskiy (21 - 9 - 2, 2.66 GAA) to mind the net.

The Lightning have a great offense and a defense that has improved dramatically. Look for the Lightning to work great as a team in the game here.  The Flyers for all they have done will have some issues in winning the game here. We like Tampa Bay to overcome Philadelphia. Final Score Prediction, Tampa Bay Lightning win 3 - 2.