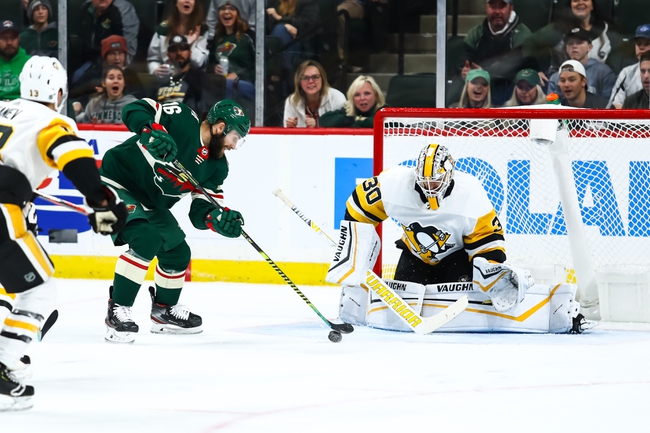 The Minnesota Wild take on the Pittsburgh Penguins on Tuesday at the PPG Paints Arena in Pittsburgh, Pennsylvania. The Minnesota Wild are on a three-game losing streak, losing to the Calgary Flames twice, and the Vancouver Canucks in their last game. The Wild have only won one time in their previous five games.

The Wild hasn’t had a remarkable season so far, having a record of 20-19-6. The Wild find themselves middle of the road offensively, but are one of the worst teams in the league in defense, allowing the seventh-most goals per game with 3.29 goals per game allowed. The Wild has one player in the All-Star Game at the moment, with Eric Staal, who is making his sixth appearance. Stall leads the Wild in points and goals this season, having yet another terrific season.

The Pittsburgh Penguins are 28- 12 - 5 on the season and are one of the best teams in the NHL. The Penguins are second in the Metropolitan Division, just behind the Washington Capitals, and are inching closer and closer to that top spot with their win streak. The Penguins will be without Sidney Crosby, but they still have the likes of Evgeni Malkin and Jake Guentzel on the roster.