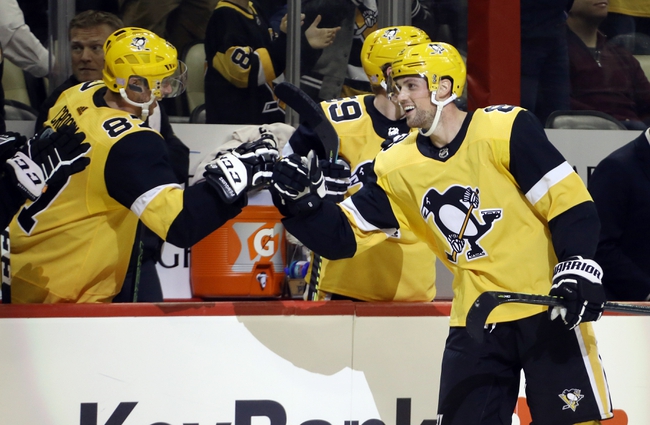 The Nashville Predators head to Pittsburgh, Pennsylvania on Saturday for the second game of a home and home series against the Penguins as the teams will first meet in Nashville on Friday night.  Nashville enters the game against the Penguins after winning their last game by the score of 3-2 against the Arizona Coyotes.  Nashville received goals from Roman Josi, Viktor Arvidsson and Filip Forsberg on their way to the win.  Goalie Pekka Rinne started in net for the Predators and recorded the win as he made saves on 26 of 28 of Arizona’s shots on the night.

After their win against the Coyotes, the Predators record on the season is 18-12-6, good enough for 5th place in the Central Division. Nashville’s points leader is Roman Josi who has 35 points on the season. Josi also leads Nashville in goals with 14 on the season, including 4 coming while on the power play.  Ryan Ellis Nashville’s leader in assists with 22 on the year. Goalie Pekka Rinne is 13-5-3 on the season and has recorded 3 shutouts and a goals against average of 2.93.  Meanwhile, backup goalie Juuse Saros has not been as good and is 5-7-3 on the year with a goals against average of 3.09.  Nashville comes into Saturday’s game with a clean bill of health as they do not have anyone listed on their injury report.

The Pittsburgh Penguins welcome the Nashville Predators to town on Saturday night after losing their last game by the score of 4-1 against the Vancouver Canucks.  Pittsburgh received their lone goal from Jake Guentzel who scored on the power play at the 15:28 mark of the second period and was assisted by Jared McCann and Evgeni Malkin.  Pittsburgh goalie Matt Murray took the loss in net, giving up 4 goals on 14 Vancouver shots on the night.

On the year, the Penguins are 21-11-4 and are currently in 4th place in the Metropolitan Division. Jake Guentzel leads the Penguins in points with 37 and goals with 18 so far this season.  Evgeni Malkin leads the Penguins in assists on the year with 22.  Pittsburgh has received strong goaltending on the season from both Matt Murray and back up, Tristian Jarry.  On the year, Murray is 10-6-4 with 1 shutout and a 2.91 goals against average, while Jarry is 11-5-0 with 3 shutouts and a 1.86 goals against average. The Penguins currently have 1 player listed on their injury report as Sidney Crosby is on injured reserve.