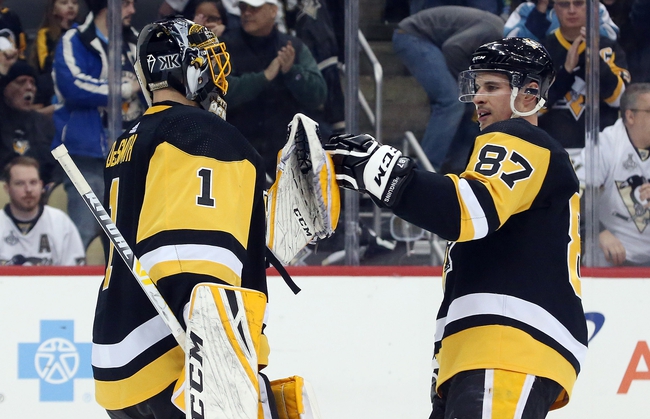 The Ottawa Senators head to Pittsburgh, PA on Monday for a game against the Penguins but first must face the New Jersey Devils at home on Sunday.  In their last game the Senators defeated the Buffalo Sabres by the score of 3-1.  The Senators received goals from Brady Tkachuk and Jean-Gabriel Pageau scored twice on the way to the win.  Goalie Craig Anderson started in net for Ottawa and recorded the win for the Senators as he made saves on 43 of 44 Buffalo shots on the night.

With the win against Buffalo, Ottawa is 16-18-4, for a total of 36 points which puts them in 7th place in the Atlantic Division.  Ottawa has been led in points and goals by Anthony Duclair, who has 30 points and 21 goals on the season. Thomas Chabot leads the Senators in assists with 19, with 7 coming while on the power play.  Goalie Anders Nilsson has a record of 9-9-2 and currently has a goals against average of 3.18.  Craig Anderson has a record of 6-8-0 with a goals against average of 2.88.  Ottawa comes into Monday’s game with a clean bill of health as they do not have anyone listed on their injury report.

The Pittsburgh Penguins welcome the Ottawa Senators to town on Monday night after winning their last game by the score of 6-4 against the Nashville Predators.  Pittsburgh received goals from Dominik Kahun, Kris Letang, Alex Galchenyuk, Jake Guentzel and 2 goals from Bryan Rust.  Pittsburgh goalie Matt Murray recorded the win in net, making saves on 44 of 48 Nashville shots on the night.

On the year, the Penguins are 21-11-4 and are currently in 4th place in the Metropolitan Division. Jake Guentzel leads the Penguins in points with 40 and goals with 19 so far this season.  Evgeni Malkin leads the Penguins in assists on the year with 26.  Pittsburgh has received strong goaltending on the season from both Matt Murray and back up, Tristian Jarry.  On the year, Murray is 11-6-4 with 1 shutout and a 2.96 goals against average, while Jarry is 12-5-0 with 3 shutouts and a 1.87 goals against average. The Penguins currently have 3 players listed on their injury report as Sidney Crosby, Patric Hornqvist and Nick Bjugstad are all on injured reserve.