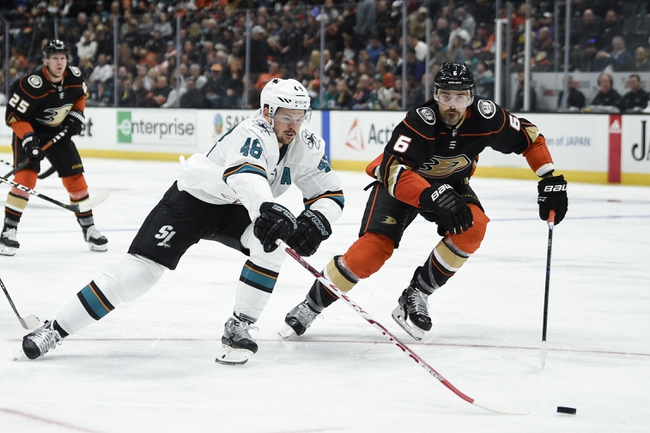 The Anaheim Ducks go to San Jose, California, to take on the San Jose Sharks on Monday at the SAP Center in San Jose. The Anaheim Ducks are coming off of a two-game winning streak, defeating the Carolina Hurricanes and the Nashville Predators. However, the Ducks have only won three out of eight games they have played this month.

The San Jose Sharks are coming off of a three-game losing streak, losing to the Vancouver Canucks in their previous game, as well as the Colorado Avalanche and the Arizona Coyotes in their losing streak. The Sharks have also been outscored in the losing streak 18-4.

The San Jose Sharks are 21-25-4 on the season and are currently sixth in the Pacific Division. The Sharks have been unimpressive on both ends of the ice so far this season, currently ranked 26th in goals scored and 29th in goals allowed.

This is a matchup of two very similar teams. The Ducks have hurt themselves on the penalties this season, as Anaheim is one of the worst teams in penalty minutes and penalties killed. The San Jose Sharks are the best team in the NHL in penalty kills this season, and need to utilize that strength in this game. The Ducks also struggle against San Jose when they are playing on the road as the Ducks are 5-13 in the last 18 meetings in San Jose. I think there will be another loss column for the Ducks in this one. Final Score Prediction, San Jose Sharks win 3-1.