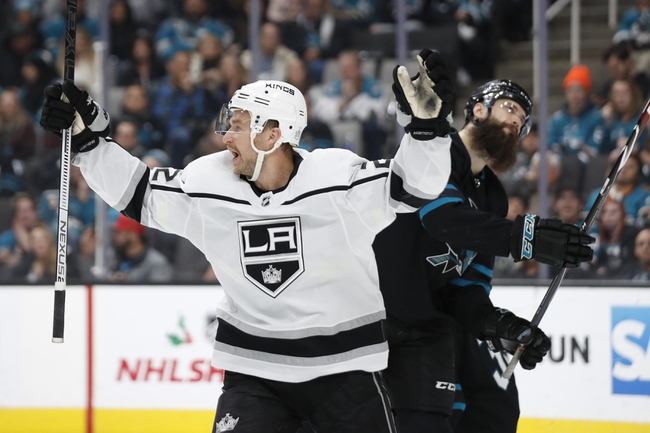 The Los Angeles Kings go to San Jose, California, to take on the San Jose Sharks at the SAP Center at San Jose on Friday. The Kings are on a three-game losing streak, falling to the Columbus Blue Jackets, Buffalo Sabers, and the St. Louis Blues in their losing streak. Before the losing streak, the Kings looked good as they were on a winning streak and had defeated the Boston Bruins, who are an excellent team.

However, now the Kings are 15-20-4 on the season and are finding it difficult to find a rhythm on offense as Los Angeles only scores 2.54 goals per game. The defense hasn't always been there this season as the Kings, on average, give up 3.15 per game, which is the 20th in the NHL. Anze Kopitar leads the team in all major offensive categories with the most points, goals, and assists.

The San Jose Sharks are on a three-game losing streak, falling to the Arizona Coyotes, St. Louis Blues, and the Las Vegas Golden Knights.

The Sharks are currently struggling just as much as the Los Angeles Kings have as they have the same amount of points and are tied for the last place in the Pacific Division along with the Anaheim Ducks as well. The Sharks are 16-20-4 on the season.

Both teams need a win to try to climb up the standings that see such a gap between sixth, seventh, and eighth place in the Pacific Division. If the fact that a loss puts either team is solely the last place in the division isn't enough motivation, then the team will not likely go far this season. However, in this matchup, the road team is 17-8 in the last 25 meetings, which is why I like the Los Angeles Kings in this one. Final Score Prediction, Los Angeles Kings win 5-3.