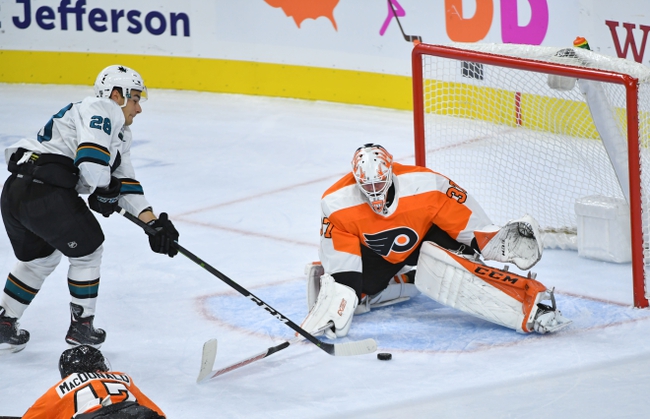 The Philadelphia Flyers go to San Jose, California, to take on the San Jose Sharks at the SAP Center at San Jose on Friday. The Philadelphia Flyers are on a four-game winning streak, defeating the New Rangers 5-1 in their last game, and in their win streak, fans have seen Philadelphia defeat the Ottawa Senators in a shootout win, Anaheim Ducks, and then the Buffalo Sabers. The Flyers have outscored their opponents 20-7 in their winning streak, not only winning but being dominant in most of their wins.

The Flyers are 21-11-5 on the season and third place in the Atlantic Division with 45 points. Though the Flyer has been decent this season, and have been without Travis Konecny for awhile, who led the team in points, goals, and assists due to a concussion. However, now with Konecny back from the concussion, the Flyers will look to be a new team again.

The San Jose Sharks are on back to back, playing Friday and Saturday, hoping to capture two wins in the same amount of days. The Sharks are on a three-game losing streak, falling to the Arizona Coyotes, St. Louis Blues, and the Las Vegas Golden Knights.

The Sharks are currently struggling this season and have a record of 16-20-4 on the season and are tied for the last place in the Pacific Division.

The Philadelphia Flyers have seen themselves shoot up their division due to their winning streak, and that hunger to keep climbing will give the Sharks a considerable test. The Flyers are 2-10-1 in the last 13 meetings in San Jose, so there is a chance San Jose uses that to their advantage. I do not think the San Jose Sharks will be able to take down the Flyers in this one. Final Score Prediction, Philadelphia Flyers win 4-1.