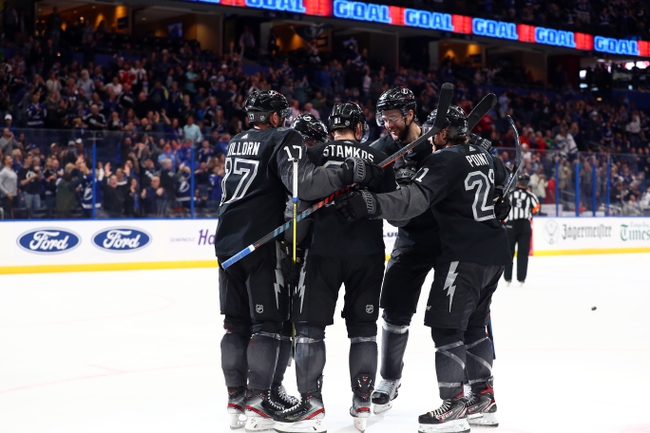 The Tampa Bay Lightning will be taking to the road on the second night of a back-to-back set to take on the San Jose Sharks. San Jose will be hosting this game at the SAP Center at San Jose, CA. San Jose comes into this matchup having dropped four out of their past five games. Tampa Bay will come into this game as the favored team, though fatigue will definitely play a factor in this contest.

Tampa Bay comes into this game with a strong offensive team buoyed by the play of Nikita Kucherov (68 points, 22 g, 38 a). Kucherov and the Lightning offense are scoring 3.58 goals per game while averaging more than 31 shots against goal. Tampa Bay plays fast and exciting hockey, so expect the Lightning to push San Jose from the beginning. Tampa Bay is surrendering 2.64 goals against per game so far this season.

The San Jose Sharks come into this game desperate to get another win. San Jose is at the back of the Pacific Division but things aren't quite over yet. San Jose is scoring just 2.58 goals per game while surrendering 3.33 goals against to opposing squads. San Jose's inability to find consistency in the net coupled with their lack of offense can become a major problem in this game. Look to Erik Karlsson (37 points, 6 g, 32 a) to lead the charge for San Jose.

The Lighting have a great offense, but also a good defense in the game here. The Sharks have simply struggled all over the place this season and that will continue in the game here. We like Tampa Bay to hold off San Jose. Final Score Prediction, Tampa Bay Lightning win 4 - 2.