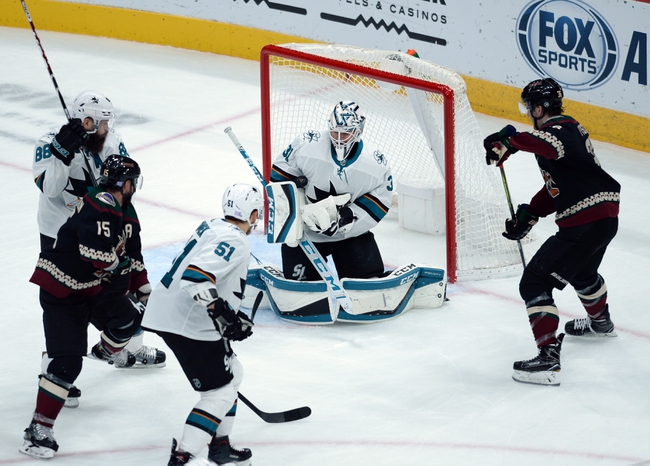 The Washington Capitals go to San Jose, California to take on the San Jose Sharks on Tuesday at the SAP Center at San Jose. The Washington Capitals have had a terrific season, and they are on a three-game winning streak to show it. The last win came against the Detroit Red Wings who have been dreadful this season and the Capitals put them away easily with a 5-2 victory.

Capitals are 19-4-5 and have 43 points on the season. Their point total is good enough for a tie of the number one place in all of the NHL. The Capitals are so good because of how balanced of a team they are, and how dynamic their offense can be. The Capitals are the only team in the NHL to have broken the 100 goal mark already, as the Capitals have 101 goals on the season. The three-headed monster of Defender John Carlson, Winger Alex Ovechkin, and goalkeeper Braden Holtby have created one of the most fierce teams in the NHL, and likely one of the teams that will be going far in the playoffs.

The San Jose Sharks are on a two-game winning streak and have won four of their five on the season, only losing to the Jets in recent games.

The Sharks are third in the Pacific Division with a record of 15-12-1, with 31 points. The Sharks can have a dynamic offense as well, with two of their three two leading points getters as Logan Couture and Evander Kane. These two can be a dangerous threat against any team in the NHL.

Both teams are plain great hockey at the moment. The Sharks are doing really well at this point in the season, however, they are much more of an inconsistent team than the Capitals. I see the Capitals as maybe the best team in all of hockey and in each game that they play they should probably be favored unless they are playing the likes of Boston or maybe Edmonton. Final Score Prediction, Washington Capitals win 5-3.