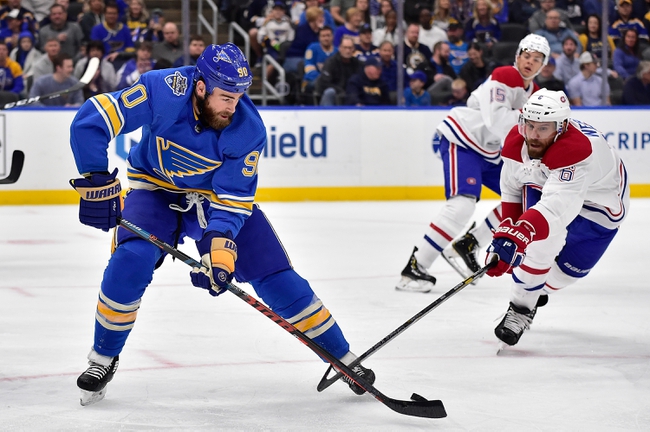 The Colorado Avalanche were solid in keeping the Tampa Bay Lightning off the scoreboard as they held them to 2 goals on 46 shots. The Avalanche starting goaltender Pavel Francouz had a big game in the crease as he recorded 44 saves which pushed his season save percentage to .951 and GAA to 1.95. The Colorado Avalanche were edged out by the Tampa Bay Lightning in the faceoff circle, 34-28.

The Saint Louis Blues struggled in keeping the Montreal Canadians off the scoreboard as they allowed them to score 5 goals on 25 shots. The Blues starting goaltender Jake Allen struggled in the crease as he recorded 20 saves which pushed his season save percentage to .849 and GAA to 4.17. The Saint Louis Blues dominated the Montreal Canadians in the faceoff circle, 35-24.

The Colorado Avalanche have been the best team in the NHL this season as they have yet to lose a game in regulation, and they should have no problem winning on the road against the defending Stanley Cup champions as they have struggled. The Avalanche have a ton of talent as they have two guys who have at least 11 points, but their best part thus far has been their goaltending. The Avalanche have two goaltenders who are holding opponents under 3 goals per game, and that will play into Colorado’s hands as the Blues don’t have a single guy in double-digit points this season.