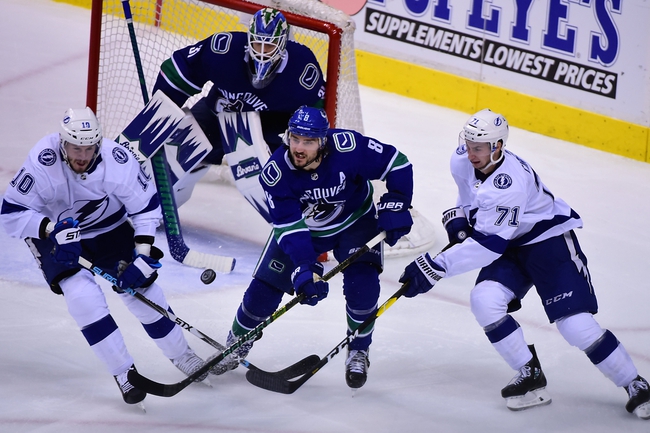 The Vancouver Canucks go down south to take in Tampa, Florida, to take on the Tampa Bay Lightning on Tuesday at the Amalie Arena. The Canucks are on a seven-game winning streak, arguably playing the best hockey out of any team in the entire NHL.

Vancouver is 23-15-4 on the season, and have primarily had the good record they have due to their offense, finding ways to score in bunches. Their leading goal scorer Elias Patterson leads the team in 17 goals and also leads the team in points with 39. The Canucks have scored 138 goals this season, which is ninth in the NHL and has given up 124 goals, which is 11th-fewest in the NHL.

The Tampa Bay Lightning are also on a seven-game winning streak and are the other team that could be argued that is playing the best hockey in the NHL.

This game has got to be the most anticipated matchup of the entire week in the NHL. The two hottest teams in hockey faceoff in their first game of the season against each other. Both sides are proving that they can score with the best of them, as they are in the top ten in goals. Also, they are playing lights-out defense at the moment, with the same amount of goals allowed. I think both teams are incredible, and a loss here doesn't hurt either team really, but I think Tampa Bay is playing the best hockey at the moment, and I think that they just win this game by the skin of their teeth. Final Score Prediction, Tampa Bay Lightning win 4-3.