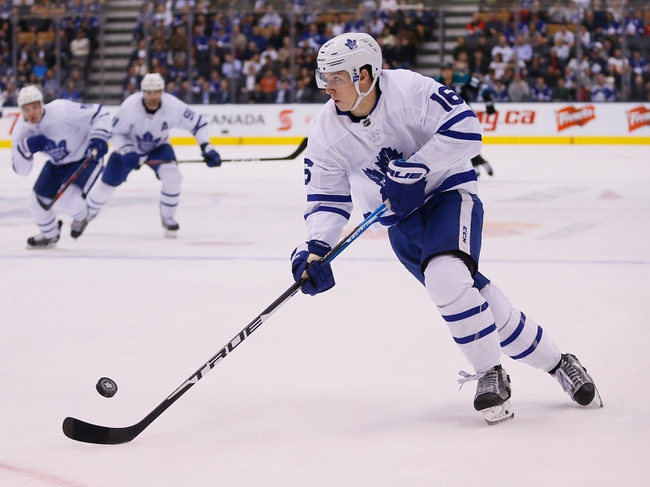 The Anaheim Ducks travel to Toronto, ON on Friday for a game against the Maple Leafs, but first they must face the Montreal Canadiens on Thursday night.  In their last game, the Ducks defeated the Ottawa Senators by the score of 3-2 in a shootout.  Anaheim received goals from Ondrej Kase and Nick Ritchie in regulation and won the shootout by the score of 2-0.  Ducks goalie John Gibson got the start in net for Anaheim and recorded the win, making saves on 30 of 32 Senators shots in the game.

With the win against the Senators, the Ducks are now 22-26-5 on the season and are currently in 7th place in the Pacific Division.  Veteran center Ryan Getzlaf continues to be the most productive player for the Ducks are he leads the team in points with 35.  Getzlaf also leads Anaheim in assists with 24.  Adam Henrique leads the Ducks in goals on the season as he has scored 17, with 3 coming while on the power play.  Goalie John Gibson is 16-21-3 on the year with 1 shutout and a goals against average of 2.96.  Backup goalie Ryan Miller is 6-5-2 on the season with a goals against average of 2.86.  The Ducks enter Thursday’s game with a clean bill of health as they do not have anyone listed on their injury report.

The Toronto Maple Leafs welcome the Anaheim Ducks to town on Friday after losing their last game to the New York Rangers by the score of 5-3.  Toronto received 2 goals from Auston Matthews to go along with a goal from John Tavares, but it wasn’t enough to defeat the Rangers.  Maple Leafs goalie Michael Hutchinson took the loss in net for Toronto as he allowed 4 goals on 34 shots against New York.

On the season, the Maple Leafs are currently 28-19-7 and are currently in 4th place in the Atlantic Division.  Austin Matthews leads Toronto in points with 64 and goals with 39. Mitch Marner leads Toronto in assists on the season with 40.  Goalie Michael Hutchinson is 4-9-1 with 1 shutout and a goals against average of 3.66.  The Maple Leafs other goalie is Kasimir Kaskisuo who was recalled from the AHL on Tuesday and has a record of 0-1-0 with a goals against average of 6.00.  Toronto enters Friday’s game with 3 players listed on their injury report as Travis Dermott and Kasperi Kapanen are both listed as day to day while goalie Frederik Anderson is out.

As of Thursday afternoon, the Anaheim Ducks have scored 2.49 goals per game on the season while allowing 3.06 goals per game.  The Toronto Maple Leafs have scored 3.57 goals per game on the year while allowing 3.28 goals per game.  Both teams are 3-2 in their last 5 games as the Ducks have won 2 games in a row while the Maple Leafs have lost 2 games in a row.  Toronto is 3-0 in their last 3 meetings with the Ducks and have won by the average score of 5-2.  Anaheim is 10-16-2 when playing on the road this season while Toronto is 13-7-7 at home.  I will be going with the Maple Leafs in this one.  Toronto wins 5-2.