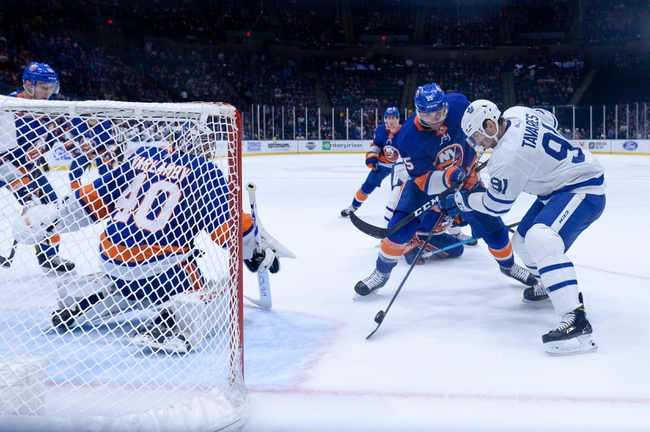 The New York Islanders go to Toronto, Ontario, Canada, to take on the Toronto Maple Leafs on Saturday at the Scotiabank Arena. The Islanders are coming off of a loss to the New Jersey Devils. The loss snapped a two-game winning streak that the Islanders were on, defeating the Washington Capitals and the Minnesota Wild.

The New York Islanders have had an outstanding season so far, resulting in a 25-11-3 record. The Islanders are second in the Metropolitan Division, and the only reason they are not a top their division is that they have to compete with the Washington Capitals, who might be the best team in the NHL.

The Toronto Maple Leafs are coming off of a two-game winning streak, defeating the Minnesota Wild and the Winnipeg Jets in the process. The Maple Leafs have played terrifically recently, winning four of their last five games, only losing to the New York Rangers.

The Maple Leafs are riding high at the moment and have a record of 23-14-5 and are second in the Atlantic Division, but are still eight points away from the Boston Bruins for first place in the division. Two players for the Toronto Maple Leafs were selected to the NHL All-Star Game, Auston Matthews and Goalie Frederik Anderson.