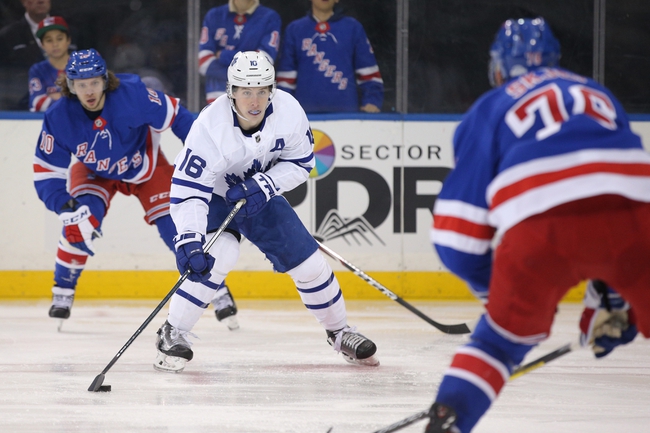 The Rangers are 17-15-4 on the season and second-lowest in the Metropolitan Division, seeing them fall from sixth to seventh place in the division in the last five games. The Rangers have scored plenty of goals with Artemi Panarin being a great new addition, leading the team in points, goals, and assists. The Rangers are decent on offense, but their trouble comes on the defensive end.

The Toronto Maple Leafs are on a five-game winning streak at the moment, defeating the Edmonton Oilers, Buffalo Sabers, New York Rangers, Detroit Red Wings, and the Carolina Hurricanes.

The Maple Leafs are riding high at the moment and have a record of 20-14-4 and are second in the Atlantic Division, but are still nine points away from the Boston Bruins for first place in the division.

The Maple Leafs just defeated the New York Rangers only three games ago. I'm not sure how much the Rangers have changed or adjusted since this game, but I'm guessing it will not be enough time to combat what the Maple Leafs are doing right now. The matchup between Panarin and Matthews will be a fun one to watch, but the Rangers are 2-5 in the last seven meetings against Toronto, and I think they will struggle once again in this game. Final Score Prediction, Toronto Maple Leafs win 6-4.