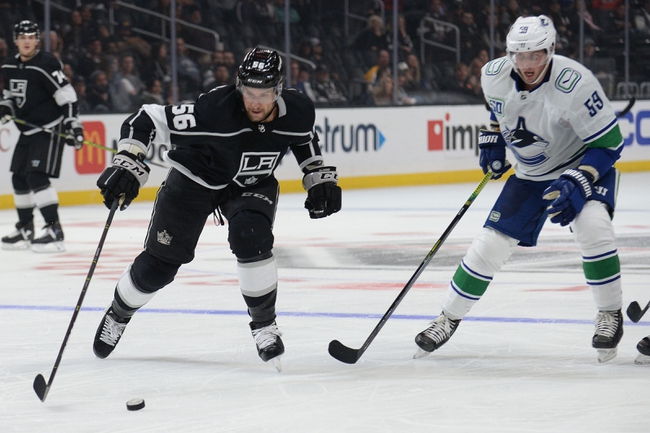 The Los Angeles Kings go to Vancouver, British Columbia, Canada, to face the Vancouver Canucks on Saturday at the Rogers Arena. The Kings face back to back games, playing on Friday before facing the Canucks on Saturday. The Kings are on a three-game losing streak, falling to the Columbus Blue Jackets, Buffalo Sabers, and the St. Louis Blues in their losing streak. Before the losing streak, the Kings looked good as they were on a winning streak and had defeated the Boston Bruins, who are an excellent team.

However, now the Kings are 15-20-4 on the season and are finding it difficult to find a rhythm on offense as Los Angeles only scores 2.54 goals per game. The defense hasn't always been there this season as the Kings, on average, give up 3.15 per game, which is the 20th in the NHL. Anze Kopitar leads the team in all major offensive categories with the most points, goals, and assists.

The Canucks are on a three-game winning streak, defeating the Edmonton Oilers in their last game and have defeated the Pittsburgh Penguins and the Las Vegas Golden Knights in their winning streak as well.

Vancouver is 19-15-4 on the season, and have primarily had the good record they have due to their offense, finding ways to score in bunches. Their leading goal scorer Elias Patterson leads the team in 17 goals and also leads the team in points with 39.

The Los Angeles Kings, unfortunately, are going to be put to the test in this one, as they must try to maintain a good offense in Vancouver while also playing on zero-day rest. I do not think the Kings have shown anything in their recent games that would make me feel that the Kings will be able to take down Vancouver at home, especially with no rest in this one. I think Vancouver wins this game. Final Score Prediction, Vancouver Canucks win 5-2.