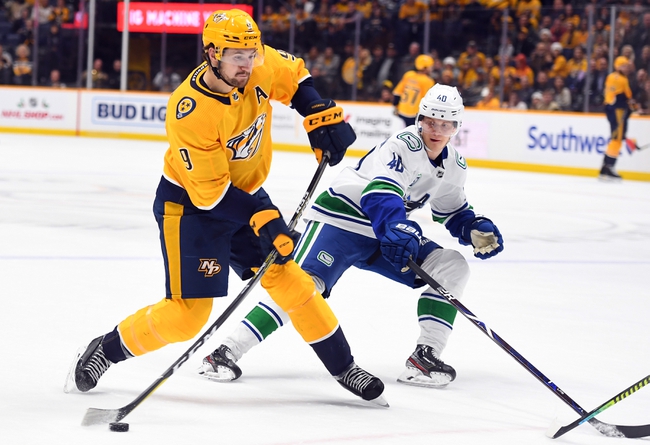 The Nashville Predators go to Vancouver, British Columbia, Canada, to take on the Vancouver Canucks on Monday at the Rogers Arena. The Predators are coming off of a loss to the Edmonton Oilers, snapping a two-game winning streak, defeating the Calgary Flames and the Winnipeg Jets. The Predators have also won three of their last five games recently.

The Nashville Predators are 26-21-7 on the season and sit in fifth place in the Central Division, rising up from the last place just a few weeks ago. The Predators have a better offense than they do defense, as the Predators rank 12th in goals scored this season, but are 23rd in goals allowed.

The Vancouver Canucks are extremely up and down recently, going on a five-game winning streak, and then a four-game losing streak and now have a record of 30-21-5 on the season but are currently still in first place in the Pacific Division. The Canucks are also second in the Western Conference, just sitting behind the St. Louis Blues with 65 points.