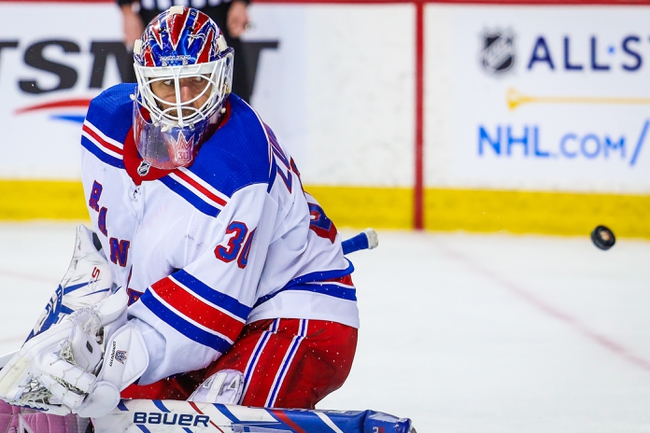 With a 19-16-4 record and 42 total points, the New York Rangers are near the bottom of the Metropolitan Division Standings. The Rangers head to Vancouver to battle a solid Cancuks team and steal a much needed road victory.

Artemi Panarin is the leading scorer for the Rangers and has been outstanding this season. Panarin has 22 goals and 33 assists in 39 games this season. Ryan Strome is another player to watch for the Rangers. Strome has 11 goals and 26 assists this year. The Rangers have struggled due to an unstable goalie situation which has resulted in a defacto time share situation. Henrik Lundqvist is the designated goalie one and is 9-8-3 with a 3.05 GAA this year.

While they have slipped off as of late, the Vancouver Canucks are 21-15-4 with 46 points and still within striking distance of Vegas in the Pacific Division. The Canucks host the New York Rangers and can ill afford to take a struggling New York team lightly.

The Canucks are at home and when playing at home the Canucks have been playing great. The Canucks are also within striking distance of the Golden Knights and a win would definitely help the Canucks gain ground. Look for the Rangers to have some issues when it comes to scoring, but also have problems in keeping the Canucks out of the back of the net. Final Score Prediction, Vancouver Canucks win 4-3.