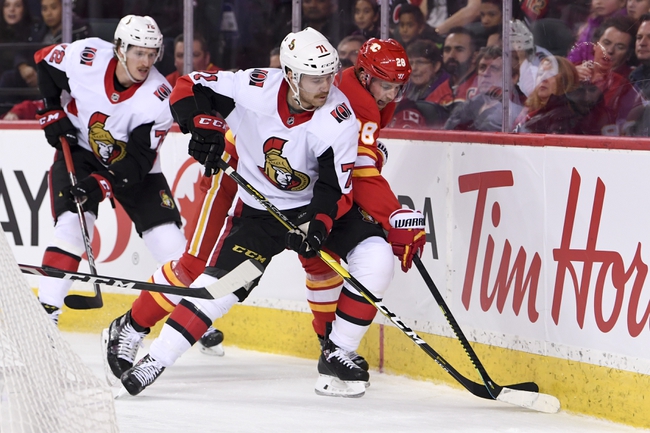 The Ottawa Senators go to Vancouver British Columbia Canada to take on the Vancouver Canucks on Tuesday at Rogers Arena. The Ottawa Senators are on a four-game losing streak, last losing to the Calgary Flames 3-1, in their losing skid, the Senators have only scored five goals in four games while giving up 13 goals.

The Senators have not been great offensively, only finding the net 2.56 per game, while allowing 3.07 goals per game. The Senators’ struggles to score have resulted in a record of 11-15-1. Currently, the Senators are second to last in the Atlantic Division, just above Detroit.

The Vancouver Canucks are coming off of a loss to the Edmonton Oilers, after just beating the Oilers the game before. Vancouver have lost three of their last five and isn’t playing their best hockey at the moment. However, beating a team like the Oilers by three goals as they did this week, shows that Vancouver really has the ability to beat just about anybody when they are on.

The Ottawa Senators are just not playing great hockey right now. Although the Vancouver Canucks aren't the best team in the league by any means, they're playing much better than Ottawa right now, and I find it very easy to see them standing their ground at home, getting the victory. Final Score Prediction, Vancouver Canucks win 4- 2