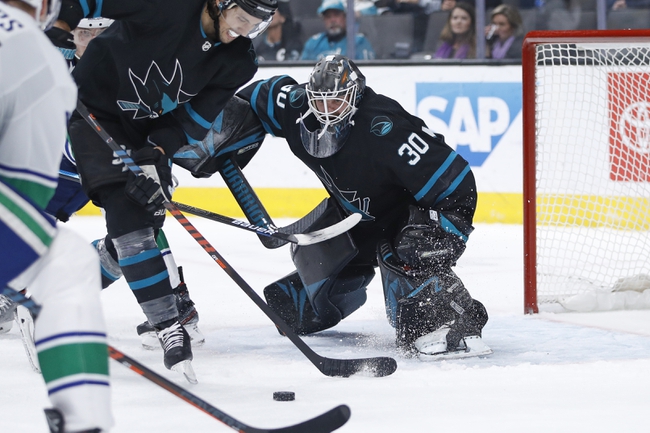 The San Jose Sharks (21 - 24 - 8) are hitting the road to take on the Vancouver Canucks (26 - 18 - 4). Vancouver will be hosting this game at the Rogers Arena in Vancouver, BC. San Jose comes into this game having dropped back-to-back contests while Vancouver has been red-hot on the ice. The Vancouver Canucks have won three of their last four en route to surging in the Pacific Division. San Jose and Vancouver are currently split 1 - 1 in their season series.

The San Jose Sharks come into this matchup averaging a meager 2.6 goals per game on offense. San Jose has plenty of talent with guys like Logan Couture (14 goals, 22 assists) and steadfast defender Erik Karlsson (30 A, 11 PPA). San Jose is surrendering 3.31 goals to opposing squads this season, thus setting the Sharks up for a potential blowout loss.

The Vancouver Canucks come into this game ready to keep climbing the Pacific Division. Vancouver is scoring 3.23 goals per game while giving up 3.06 to opposing squads. Vancouver will look to the dynamic play of Elias Pettersson (21 goals, 29 assists). Pettersson has been on fire all season long and with 7 power-play goals to his name, we expect more of the same.

The Sharks do not really have an offense to speak of this year. However, the Sharks do have a defense that can play good if the Sharks defense is not under constant pressure. Look for that to make the difference in the game here as the Sharks are able to keep the pressure off the defense and help to lock down the win over the Canucks on the road. Final Score Prediction, San Jose Sharks win 3-1.