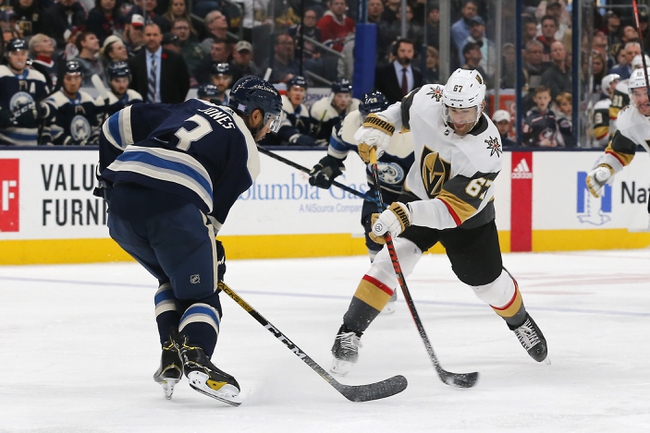 The Blue Jackets are currently 21-16-8 on the season and are in the sixth spot in the Metropolitan Division. The Blue Jackets have played some of their best hockey in the last month, even going on a five-game winning streak. This month the Blue Jackets have been able to find goals, but they are also defending very well. If the Jackets do not let that skid get in their head, they can recover from a poor start to the season. However, Cam Atkinson is injured for this game and possibly longer, which can be huge for the Blue Jackets.

The Vegas Golden Knights are tied for first place in the Pacific Division. The Golden Knights aren't phenomenal at one exact thing, but they are eight in scoring and still 18th in defense. Their consistency and balance have propelled them to be one of the best teams in the NHL. Strengthening up their defense could result in them jumping Arizona and solidify them as the best team in the division.

I think that the Columbus Blue Jackets are a much better team than the record shows. The team had one of the best teams in the NHL last year and had a terrific playoff run. I see much more of that now than I did at the beginning of the season. However, the Vegas Golden Knights are a tad better in most categories, and I think that they're consistency will propel them to get another victory here. Final Score Prediction, Vegas Golden Knights win 4-3.