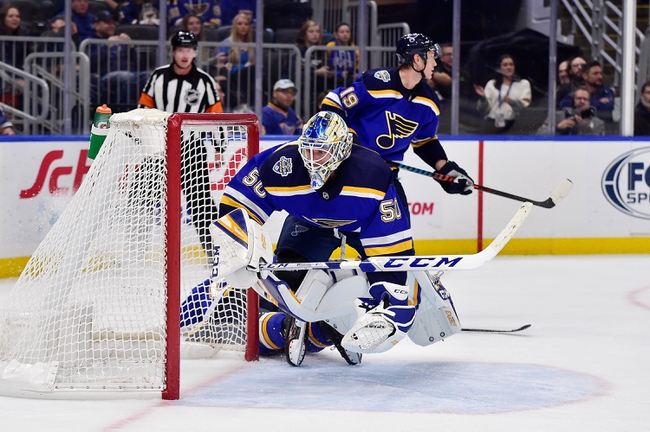 In the Blues loss to the Avalanche, St. Louis was was out shot, 42 to 27.  The Blues had goals from: Robert Thomas (2) and Alex Pietrangelo.  St. Louis did out hit the Avalanche, 16 to 14.  Jordan Binnington gave up a season high, 7 goals on 41 shots on goal.  Binnginton would end up getting pulled, as Jake Allen saw nearly 6 minutes of ice time, stopping 1 shot.  Looked like the Blues were on the verge of a comeback.  The Blues trialed 3-0, scored 2 quick goals, but the next 4 would be from Colorado.

Blues are 5-1 SU in their last 6 games against Vegas.

Golden Knights are 6-1 SU in their last 7 home games.

The over is 4-1 in Golden Knights last 5 games.

The Blues long win streak, came to an end on December 31st, as the Blues have now lost back to back games.  The Golden Knights have won 3 in a row.  St. Louis even though losing back to back road games, still have a nice road record, having gone 13-6-3.  The Golden Knights are 13-7-3 at home.  The Blues have had the Golden Knights number in the last 56 matchups, having won 5 of them.  Both defense's have a scoring defense that ranks in the top 10. I look for the Blues to get back to the basics in this one, which will help push the total under.  Final score prediction, Blues win and the total goes under, 3-2.