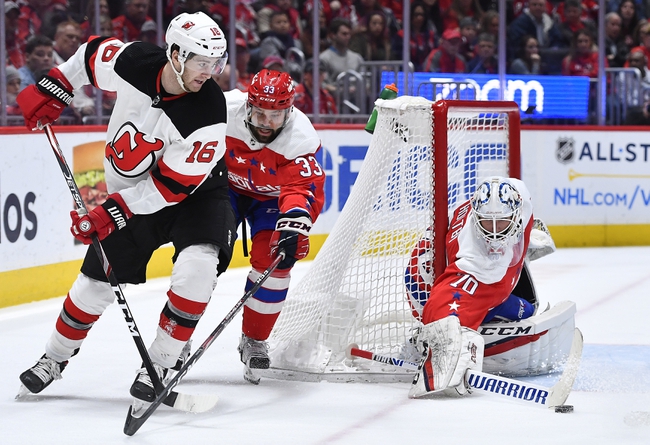 The New Jersey Devils head to the Capital One Center in Washington, D.C., on Thursday to take on the Washington Capitals. The Devils are coming off of a loss to the Toronto Maple Leafs, snapping a two-game winning streak. The Devils have only won two of their last five games and have allowed 19 goals in their previous five games as well.

The Washington Capitals are coming off of a win over the Carolina Hurricanes, snapping a two-game losing streak, but the Capitals have still won three of their last five games.

The Capitals are 31-11-5 on the season and are on top of the Metropolitan Division with 67 pints. The Capitals are led by their superstar Alex Ovechkin, who leads the team in goals, Defender John Carlson, who leads the team in points and assists, and Goaltender Braden Holtby, making the Capitals one of, if not the best team in the NHL. All three players were also voted to the All-Star Game this year, and Alex Ovechkin was voted as one of the four captains for the All-Star Game.

Washington is 24-23 ATS this season

Capitals are 6-2 in their last eight home games.

Any team can beat one another in any given night, but for prediction sake, it's a simple as the Washington Capitals are one of, if not, the best team in the NHL. The New Jersey Devils, on the other hand, are one of the worst teams in the NHL, arguably second-worst just behind the Detroit Red Wings. I don't see any scenario logically, that the New Jersey Devils can steal a win on the road against the Capitals. I think the Capitals win this one and win It comfortably. Final Score Prediction, Washington Capitals win 6-2.