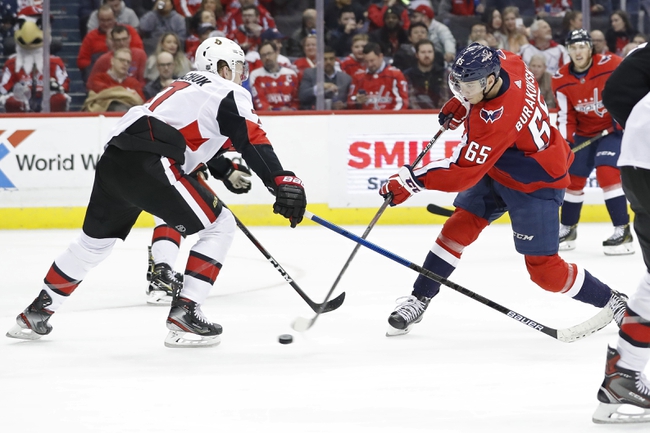 The Ottawa Senators head to Washington, D.C., at the Capital One Center to take on the Washington Capitals on Tuesday. The Ottawa Senators are coming off of a four-game losing streak, losing to the Tampa Bay Lightning, Florida Panthers, Pittsburgh Penguins, and the New Jersey Devils.

The Ottawa Senators have certainly struggled this season, and they are currently 16-20-5 on the season, but with a terrible road record of 5-14-3. The bright spot for the Ottawa Senators is their leading goal scorer and points getter, Anthony Duclair, who has been terrific this season, scoring 32 points and 21 goals. However, Duclair may be out for this game, and if so, it changes a ton for the result. Luck has not been on Ottawa’s side this season.

The Capitals are 29-9-5 on the season and are on top of the Metropolitan Division. The Capitals are led by their superstar Alex Ovechkin, who leads the team in goals, Defender John Carlson, who leads the team in points and assists, and Goaltender Braden Holtby, making the Capitals one of, if not the best team in the NHL. All three players were also voted to the All-Star Game this year, and Alex Ovechkin was voted as one of the four captains for the All-Star Game.

This game will likely go down to if Anthony Duclair can play or not, if Anthony Duclair can play, I think that the Ottawa Senators still have a chance at winning. Still, if he does not play, it is hard to fathom the Ottawa Senators are able to steal a victory on the road against one of the best teams in all of the NHL. I think the safe bet here is to pick the Washington Capitals to win this game and win this game comfortably. Final Score Prediction, Washington Capitals win 5-1.