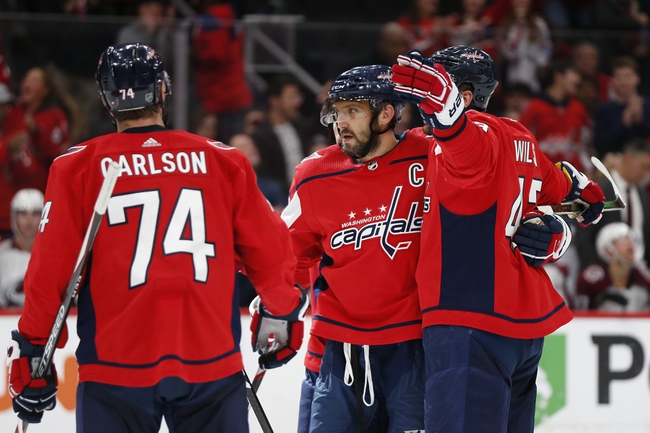 The Maple Leafs have been a great team this year and now they have to take to the road to face the Capitals. While the game may be early on in the year it will pit a couple of decent hockey teams against each other. Now, the downside is the Maple Leafs are coming into the game here after picking up a win over the Red Wings.

Auston Matthews is the player who has been able to lead the Maple Leafs in the scoring. He has ended up getting a total of 7 points on the season with 6 goals. Leading the assist department for the Maple Leafs with 5 is Morgan Rielly.

The Capitals started off really hot on the season. The downside is the Capitals are a team that has been able to put together a win lately outside of the game that they won 4-1 against the Stars. Since that the Capitals ended up dropping the game to the Avalanche by a score of 6-3 and did not have their offense show up in the game really well either.

The Capitals have fallen apart quite a bit recently and that is going to make it very difficult for the Capitals to be taken seriously. The Maple Leafs have been consistent in the year and not really had any major issues either compared to the Capitals whose defense has started to have issues on the season at stopping the opponents from scoring. Final Score Prediction, Toronto Maple Leafs win 4-2